The Plaza up for sale: City to issue RFP for purchase, redevelopment 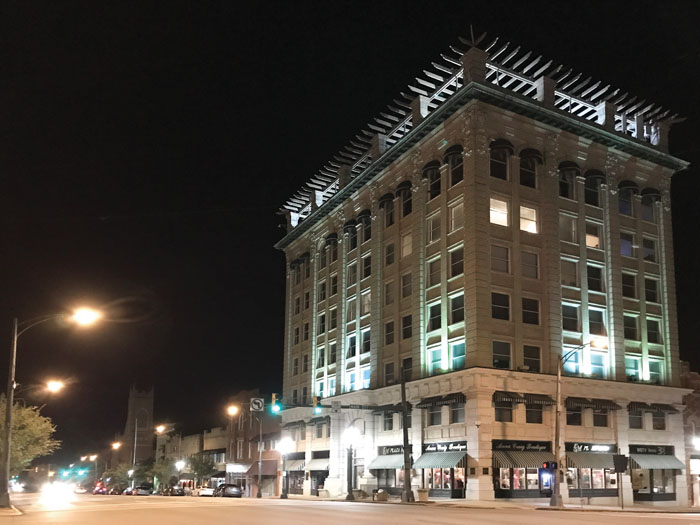 SALISBURY — The Salisbury City Council unanimously agreed to issue a request for proposals this week for the purchase and redevelopment of The Plaza, located at 100 West Innes St.

Started in 1909 and completed a year later, The Plaza was a skyscraper, and at the time of its completion, was the tallest building in North Carolina at seven stories. Designed and constructed by architect Frank Milburn, the hotel was one of three of the most iconic properties in the city, and all three have Milburn’s prints on them: The Plaza, the Depot, and the Empire Hotel. Milburn was the original architect of the first two and he was the architect of the 1908 rehabilitation of the Empire.

In 1988, Ralph and Anne Ketner, of Food Lion, purchased The Plaza and renovated it, with a goal of establishing a downtown residential area and allowing for workforce housing downtown. According to Hannah Jacobson of Community Planning Services, it worked. She presented the outline of the RFP to council members.

When the Ketners donated the property to the city in 1991, one of the deed restrictions was that the city had to manage and maintain the property for at least 30 years.

“And here we are, 31 years later, and the city has tried to be a good steward,” said Jacobson. “But it is odd for a city to be a landlord. The maintenance needs are growing, of course, and the city is in the difficult position of spending public dollars on a primarily privately used building.”

Jacobson said she and her department were joined by others on city staff, including the engineering department and administration, to work for the last six months both on their own and with the council to develop an RFP that will both benefit the city and its residents and honor the current tenants and residents of the building.

The building’s first floor has retail and then two floors of office space. Four floors house 20 apartments. The parking area behind the building will be part of the project.

“The vision overall for the RFP is ground floor retail because it adds activity and vibrancy to the downtown area, and upper floors offering market rate residential units downtown,” she said, adding the property is “a gem, one of our greater historic resources, and we want to honor that.”

But she said the city also wanted to be sure current residents and tenants are respected, and the council made it clear transparency for those people was essential.

The city has held meetings with everyone with a stake in the property currently, either as business tenants or with residential leases, to let them know the city intends to put the property on the market.

“Their request to us was that they be given six months notice if and when the time comes that they need to relocate, which we agreed to,” said Jacobson.

The RFP was officially released Wednesday, Oct. 19, and tours of the building can be scheduled between Oct. 31 and Nov. 4. Any questions are due by Nov. 18, and proposals are due by Dec. 2.

Once proposals are submitted, the city will determine if it will follow an upset bid process or an economic development project process.

Council member David Post expressed concern that the current volatility of the real estate market, both from a price perspective and from an interest rate perspective, might affect incoming proposals.

City attorney Graham Corriher assured the council that it can decide to reject all offers regardless of whether the city sets an asking price or not.

“If a developer makes an offer with a stipulation that if interest rates or construction costs increase beyond a certain point, they will have to bow out, would we consider that?” Post asked.

It could, Corriher said, if the city approached it as an economic development project. If it opts to use the upset bid process, which essentially means the property is sold immediately, the current leases would have to roll over into leases with the new owners, but if a six-month waiting period is part of the sale, a buyer would know that going in, and would be expected to take that time into account.

“I think there is some interest in the development of this property,” said City Manager Jim Greene, who praised staff for their work on creating the RFP. “Whether we get the price we hope for or not remains to be seen, but I think we are going to get interest. And there is a lot of flexibility in this process.”

“We’re not talking about a regular sale of a building out of sight, either,” said council member Anthony Smith. “This is a significant piece of property in our city, and I believe developers will really see the value in the space.”