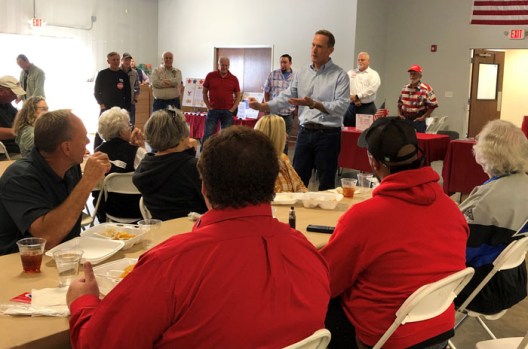 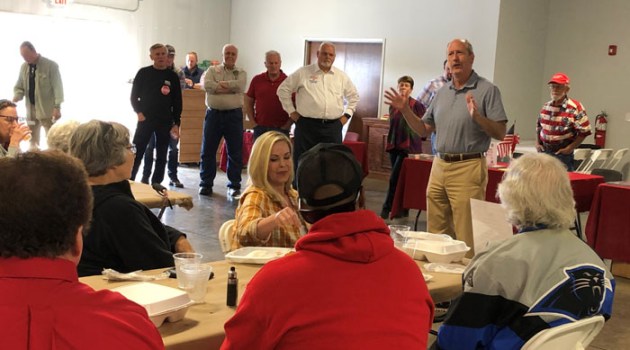 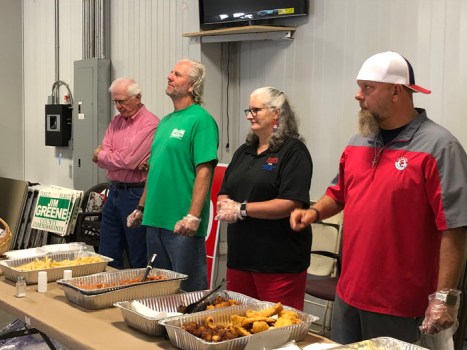 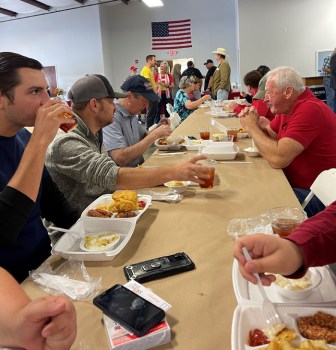 Budd detailed that his opponent would vote in unison with Democrat leadership, supporting the extreme liberal agenda that has led to high inflation, an unsecure border, increased crime, an exploding fentanyl crisis and growing international uncertainty.

Bishop underlined how critical it is for all conservatives to vote in this election. Taking the majority in Congress is critical to protecting our freedoms, he said.

Stading stressed that the Democrat majority N.C. Supreme Court must be stopped. The court can shift to a Republican majority in this election. The Democrat-controlled court recently stopped the implementation of the N.C. Voter ID law. Increasing the number of Republican judges on the N.C. Court of Appeals is also very important in the face of the liberal tactic of constant law suits and appeals, he said.

N.C. Sen. Carl Ford said Gov. Roy Cooper has issued more vetoes than all other governors combined. Gaining a super-majority in the state legislature would take away Cooper’s veto power.