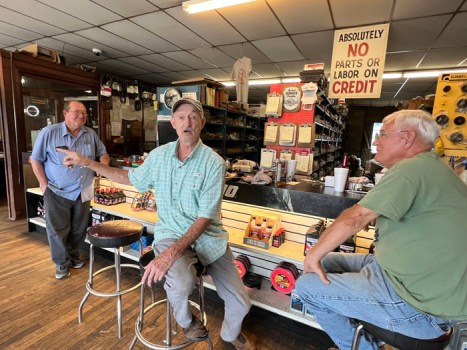 Wayne Lentz makes a point about the dependability of the Eddleman push power as Ken Eddleman and Gerald OIiphant look on. Susan Shinn Turner/Salisbury Post 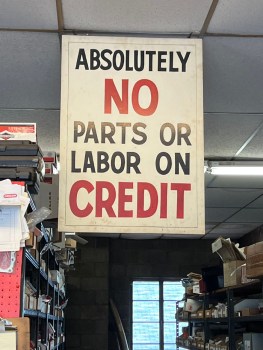 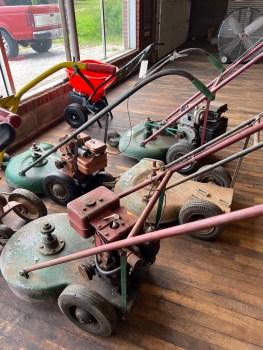 The mowers invented by Ken Eddleman Sr. would not wear out. Susan Shinn Turner/Salisbury Post 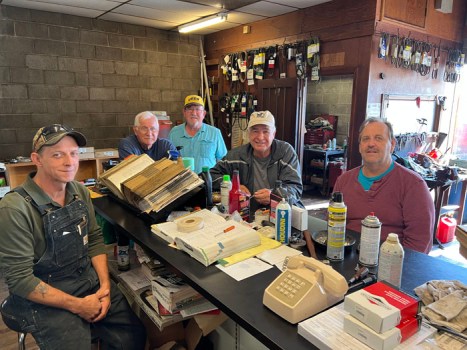 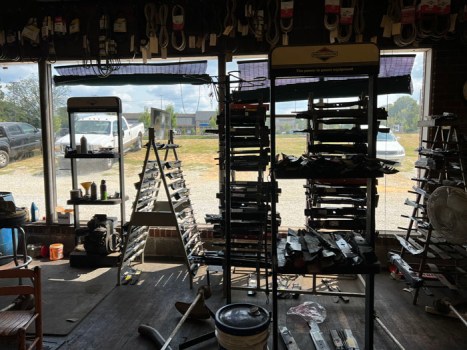 Ken Eddleman has been busy cleaning out inventory ahead of his retirement. Susan Shinn Turner/Salisbury Post 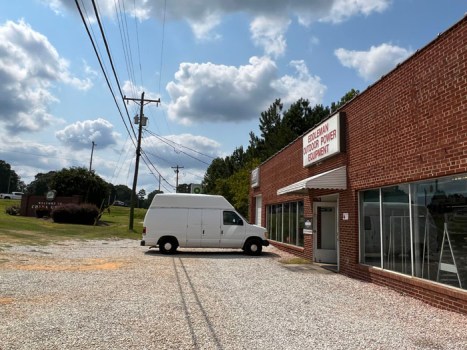 Ken Eddleman’s business has been a staple in China Grove for 80 years. Susan Shinn Turner/Salisbury Post

CHINA GROVE — For 80 years, folks with lawn mowers in the southern part of the county and beyond have counted on Eddleman Outdoor Power Equipment.

Now Ken Eddleman Jr., 73, son of the founder, is closing the doors and retiring.

Ken Eddleman Sr. started the business in 1942, across the hill from the present location, in the garage of his home.

“Dad got older and had a stroke, and I bought him out,” Ken notes.

So how long has Ken worked at the business?

“I was just a kid,” he remembers. “I was here when I was 8 years old, sharpening lawn mower blades.”

Ken graduated from South Rowan High School in 1968, back when they were still known as the Rebels. He went to N.C. State for a year.

“I just didn’t like it,” he admits. “It was too far from home and I had a girlfriend here.”

Instead, all of Ken’s learning was hands-on. He received an associate’s degree in manufacturing, engineering and technology from then Rowan Technical College.

For 80 years, the business has sold lawn mowers and provided small engine parts and service.

“We’ve had Snapper since its inception in 1959,” he says. “The rear engine riding lawn mower was our bread and butter.”

Duke Power was a longtime customer as it was responsible at one time for mowing at all of its substations. That work is now contracted out, and Ken has mostly residential customers.

Most days, the stools in front of his counter are filled with longtime school chums and former employees — Scott Owens, Gerald Oliphant, Rick Lipe, David Towell, Wayne Lentz and others.

He also shares that the “stool warmers” will soon be taking up residency at Landis Plumbing.

“That’s top secret,” he notes. “We’re gonna put a couch in down there.”

Ken has filled out the forms to dissolve the business as a corporation. Some folks have inquired about leasing or buying the 6.4 acres he owns — he lives right behind the store.

“I’d like to move away from this immediate area,” Ken says, citing coming growth from the new Macy’s distribution center. “I would like to be out a little farther from town.”

He and his wife, Darlene, got married in 1997. Ken typically takes one fishing trip a year to the Outer Banks or Topsail. Now, he says, he’ll take two. He’ll fish, and Darlene will shop. It works out well that way, he says.

The time has gone by quickly for Ken, although he knows it’s time to retire.

“It really feels like I should be in my 40s,” he says. “We appreciate all our customers over the years, and give our thanks to them.”