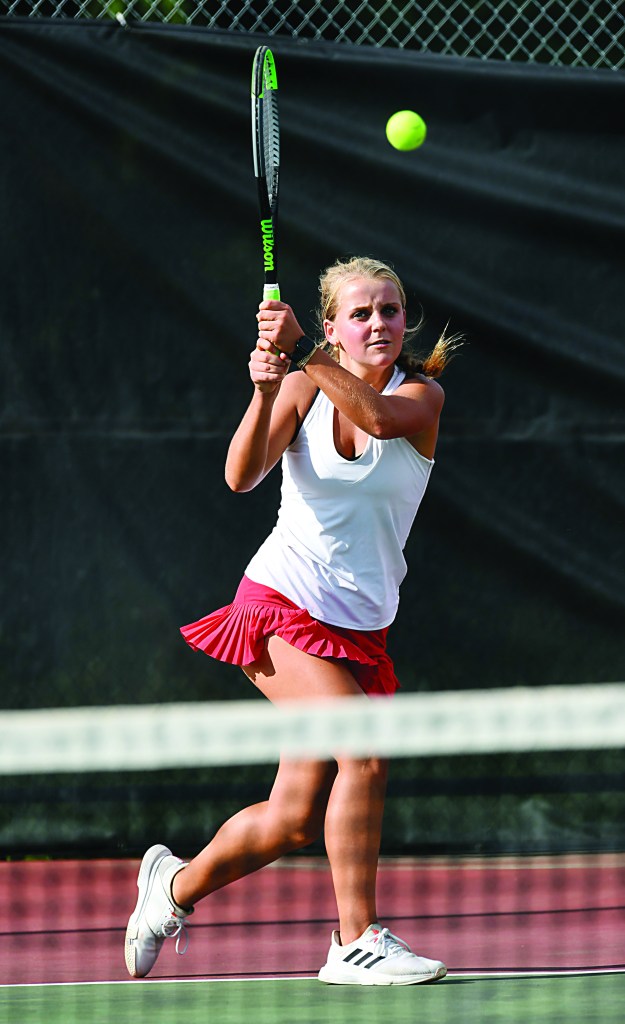 Salisbury wrapped up a 15-0 regular season by beating Wheatmore 9-0 on Thursday.

Coming up for the Hornets, coached by Milton Griffith, is the Central Carolina Conference Tournament.

That event is hosted by Lexington on Oct. 10-11 and will determine the regional qualifiers. Players can compete in either doubles or singles.

Seeds for the dual team state playoffs will be announced on Oct. 17.

The first round of the playoffs is set for Oct. 19,

Carson completed a strong regular season with a 12-2 record and qualified for the 3A dual team state playoffs as the second-place team from the South Piedmont Conference.

The SPC Tournament will be conducted at Concord’s Les Myers Park next week to determine regional qualifiers.

Seeds for the dual team state playoffs will be announced on Oct. 17.

The first round of the playoffs is set for Oct. 19,

South Rowan turned in a good season and placed fourth in the SPC with an 8-6 record.

Bella Caraccio and Grace Meckley were the top two seeds for the Raiders.

East Rowan’s No. 1 player Audrey Ward was 11-4 in singles and was one of the stronger players in the SPC.

Ward won a competitive match against South Rowan’s Caraccio. No. 2 East seed Jaylen Jones also won against South, and Ward and Jones teamed for a No. 1 doubles victory.