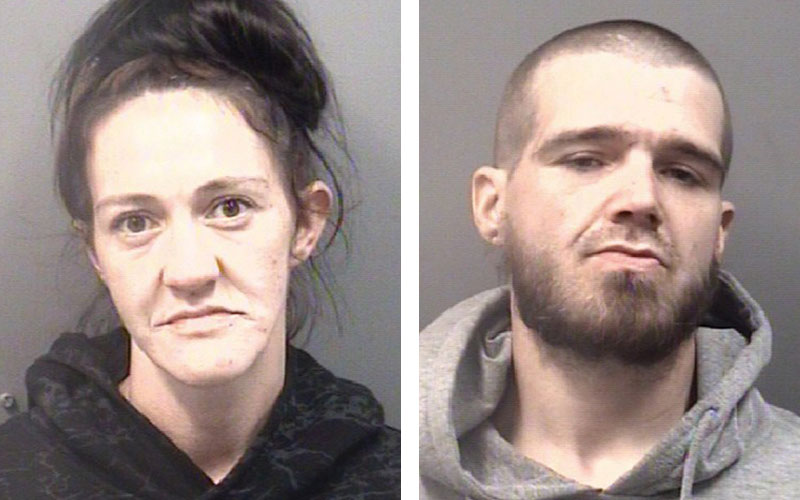 The Rowan County Sheriff’s Office newly-formed warrant squad, known as the Criminal Apprehension Team or CAT, proved its worth Tuesday when they located two fugitives on the N.C. Department of Public Safety’s most wanted list.

Jones also had multiple outstanding warrants, including five for identity theft and obtaining property by false pretense and one each for financial card theft and felony violation of probation.

With the assistance of the State Bureau of Investigations and the NC DPS, CAT and the RCSO Crime Reduction Unit, found Jones on Monday at Walmart on Arlington Drive during a surveillance operation. He was arrested without incident.

With information obtained during Jones’ arrest, the Criminal Apprehension Team and Criminal Investigations Unit found Bare as a passenger in a car on Kerr Street on Tuesday. The vehicle, driven by Jesse Michael Link, 34, was parked in front of the N.C. DPS office building, as Link was waiting on a female associate to finish her probation meeting.

When deputies converged on the vehicle, Bare reportedly got out of the car and tried to hide her identity with a hat and a COVID face mask. When she realized she had been identified, deputies said she tried to run but was quickly apprehended at the intersection of Kerr and Lee streets. Both Bare and one deputy suffered minor injuries when she was caught.

Once Bare was in custody, Link was identified and an active arrest warrant for possession of drug paraphernalia was uncovered and he was arrested.