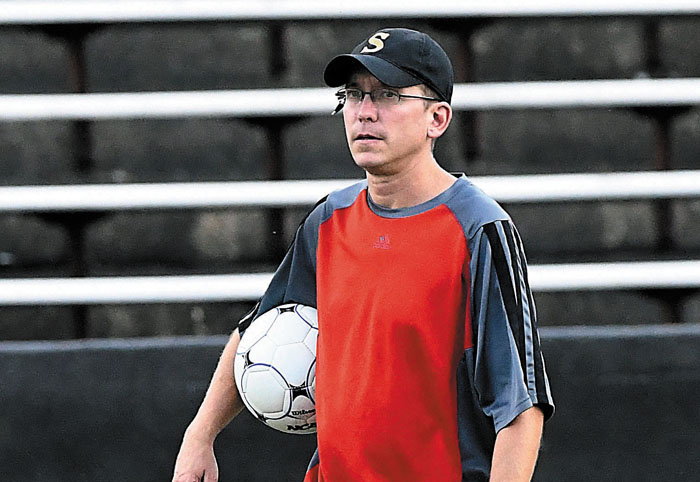 SALISBURY — Salisbury’s 9-0 Central Carolina Conference victory over Thomasville on Monday was as routine as it gets, but the big-picture impact was anything but routine.

His one regret is that his best girls team may have been the one that was cut down after three games by COVID in 2020.

“That team was off to a sensational start, and I can still see in my mind a goal Piper Muire scored against West Davidson,” Parrish said.  “We’ll never know, but I do think about that lost season a lot. That might have been the year for our girls program.”

As far as the boys, Parrish doesn’t have to think about what might have been. They got it done multiple times.

Parrish can recite from memory all the key goals, all the big saves, from famous players, and from unsung ones.

“We’ve been a model of consistency in the county, and even in our leaner years, years when we’re not state championship contenders, we’re still pretty good,” Parrish said. “No one can ever say our teams don’t play hard. I would say over the years that we’ve won a lot more games that we shouldn’t have, than lost games that we should have won.”

This is not one of Salisbury’s banner seasons — the boys lost their first league encounters with to West Davidson and East Davidson — but they’re still plugging along. They’re still pretty good and they’re getting better.

As far as Parrish’s latest milestone, milestones are products of longevity, from being lucky, and from being good.

“Well, I’m old and I’ve been around a long time, and that’s a big part of it,” Parrish said with a laugh. “But the most important thing is that our school, our community and my family have given me the opportunity to coach and I’ve had the opportunity to coach so many good players over a long period of time. There have been so many SHS families that have given us multiple kids.  Some of those families off the top of my head —  Cardelle, Fisher, Fisher, Goodman, Rusher, Simons, Brown, Kennedy, Bauk, Avilez, Grant, Dixon, Labovitz, Holden, Miller, Lee, Urbina, Sanchez, Capito, Brown, Austin, Bonilla, Fragoso, Kalogeromitros, Holland, Bauk, Wingerson, Butner, Hutton, Webb. There are families that I coached their kids for 10 years.”

Parrish said the boys and girls practice equally hard and they both will embrace team concepts, but coaching boys soccer and girls soccer is not the same thing.

“I think it’s immensely different coaching boys and girls because egos are different and handling star players is different and handling role players is different,” Parrish said. “I think guys worry a lot more about their stats than the girls do. The guys that play soccer for Salisbury, this sport is the focus of their high school lives for almost all of them. For most of the girls that play for Salisbury, soccer is just one aspect of what they’ve got going on in their lives.”

Parrish has invested body, soul and mind in his programs. He’s impacted a lot of kids. They’ve had a lot of impact on him.

“I remember every single one of them who played for me,” he said. “I can look at a team picture from 12 years ago and name every one of them.”

Parrish is a lot closer to the finish line than the start. He acknowledges that.

Parrish remembers getting started with SHS soccer in August 2001, assisting with the boys and learning from veterans Tom Sexton and Bill Lee.

He got started with the girls, helping out Jennifer Shoaf.

Eventually, he assumed command of the girls, and then added the boys.

“Reaching a milestone like this in the middle of the season, it feels kind of like the end,” Parrish said. “But we’ve got a lot of season left.”

This team is like all those other Salisbury teams that came before them. They’ll play with heart and with guts and they’ll see what they can do.

The Hornets are 9-5 and 5-2 in the CCC. Besides Eliwa’s five goals, Leo Fragoso, Joseph Hernandez, Giovany Rivera and Chris Beltran-Alveno scored for Salisbury. Assists were credited to Beltran-Alveno, Carlos Henriquez,  Eliwa (2), Hines Busby and Hernandez.