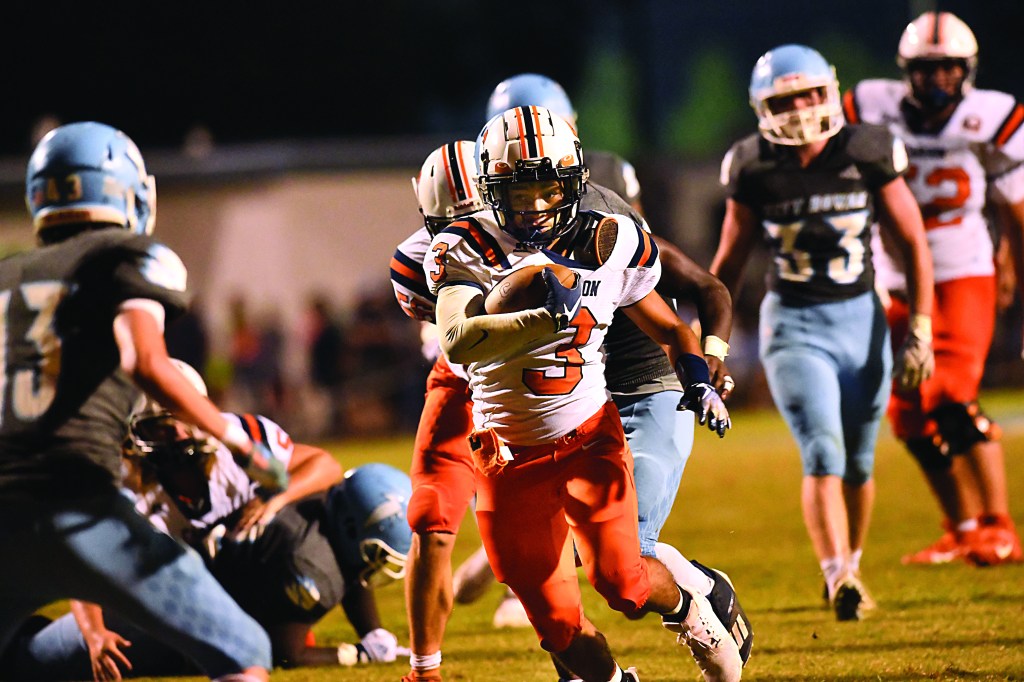 Varsity high school games were played on Thursday due to Hurricane Ian.

The win on the road against the defending South Piedmont Conference champs put the Cougars in the league race.

Taylor caught the game-winner from the 9, and Trevor Vaughn’s recovery on the ensuing kickoff helped Carson kill the clock and seal the win.

Much more on this game will be in Sunday’s edition.

JyMikaah Wells rolled to another big night for the Hornets and broke the school record for career touchdowns. He entered the game tied with Romar Morris with 58.

Mike Geter made two interceptions, threw a touchdown pass to Damian Brandon and ran for a touchdown.

Jamal Rule had a touchdown run to close the scoring and picked off a pass on defense.

Defensively, the Hornets completed stifled the Wildcats, who fought down to the final snap on homecoming.

The Trojans (6-1, 3-0), who were celebrating homecoming, scored 20 points in the second quarter to beat the Falcons 20-7 and take over first place.

The key was Northwest’s defense. West (5-2, 2-1) struggled to run the ball in the South Piedmont Conference showdown and the Trojans were able to bring pressure and picked off three passes.

West’s only TD came early in the fourth quarter on a Lucas Graham to Evan Kennedy pass. Adrian Stockton topped 100 yards in receptions.

South got interceptions from Elijah Anderson and Joaquin Bernal, while Aquiles Bernal had another sack.

After an even first half, the Raiders took charge in the second half.

East Rowan was off this week. A.L. Brown is playing at home (homecoming) on Monday at 6:30 p.m. against Cox Mill.

More on the high school football games will be online and in Sunday’s print edition.