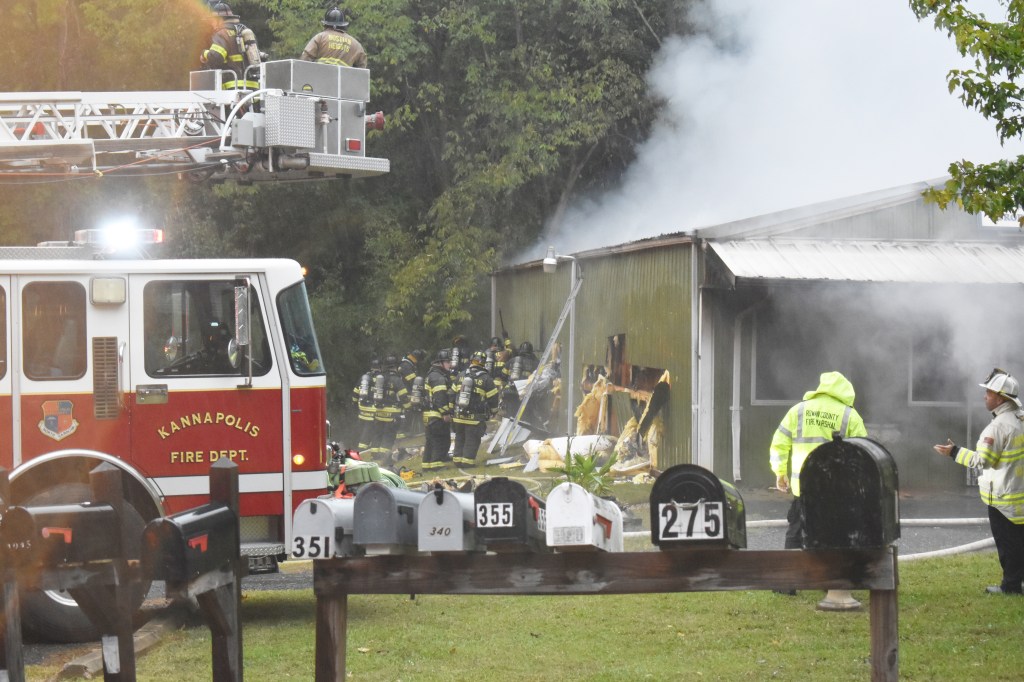 The cause of the fire remains under investigation and authorities have not released information on the extent of the damage yet.

At one point firefighters made an aerial attack on the fire from a ladder truck in order to try to extinguish flames from above the structure as well as venting outside walls.

Jeff Eury, who lives across the street and has been a local for 24 years, said he did not hear any of the sirens, but woke to the sound of the humming of the engines of the fire trucks.

“I looked outside and and wondered what in the world had happened,” he said. He said he believed the business had been there maybe as long as 50 years, though he was not positive, but other neighbors and people commenting on social media talked about having come there with their parents and grandparents, saying the store has been a lifelong community staple.

“She loves those fish,” Eury said of the owner. “And she could tell you anything you want to know about them.” Eury said he knew the community would be devastated to learn of the damage to the business, and hoped that no one was injured.

Firefighters on the scene said no one was inside that the time of the fire and no injuries were reported, but it was unclear if any animals survived. Officials said it was not likely.

Eury said several years ago there was an effort to get a fire hydrant in the area, because there is just one nearby, but it did not come to fruition.

“I don’t know why,” he said. Tankers were called in for the early morning fire.

Firefighters were still on the scene as late as noon.