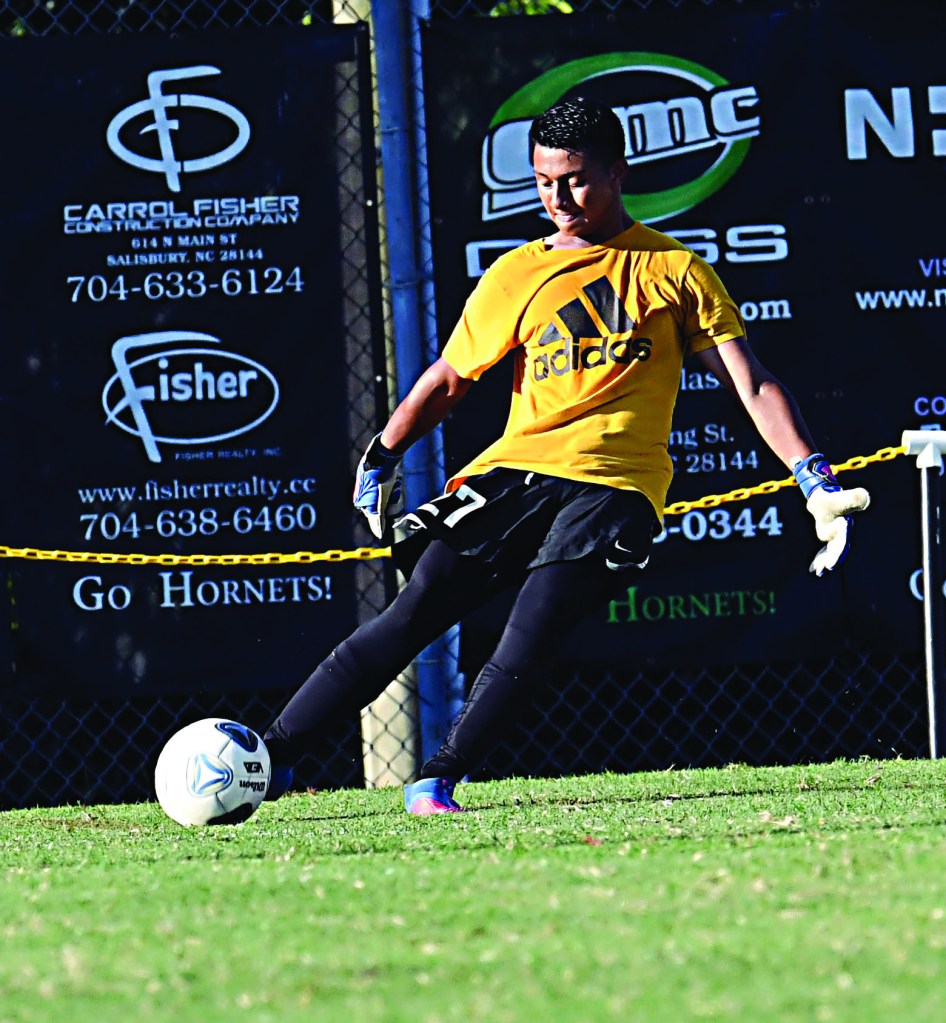 SPENCER — Salisbury’s boys soccer team improved to 8-5 overall and 4-2 in thee Central Carolina Conference with an 8-0 victory against North Rowan on Wednesday.

Christopher Beltran-Alveno and Finn Avery combined for the shutout in goal.

In other CCC action on Wednesday, East Davidson beat West Davidson 6-1 in a battle for first place.

Next up for the Hornets is the second half of the conference slate, starting with Thomasville on Monday night at Ludwig Stadium.