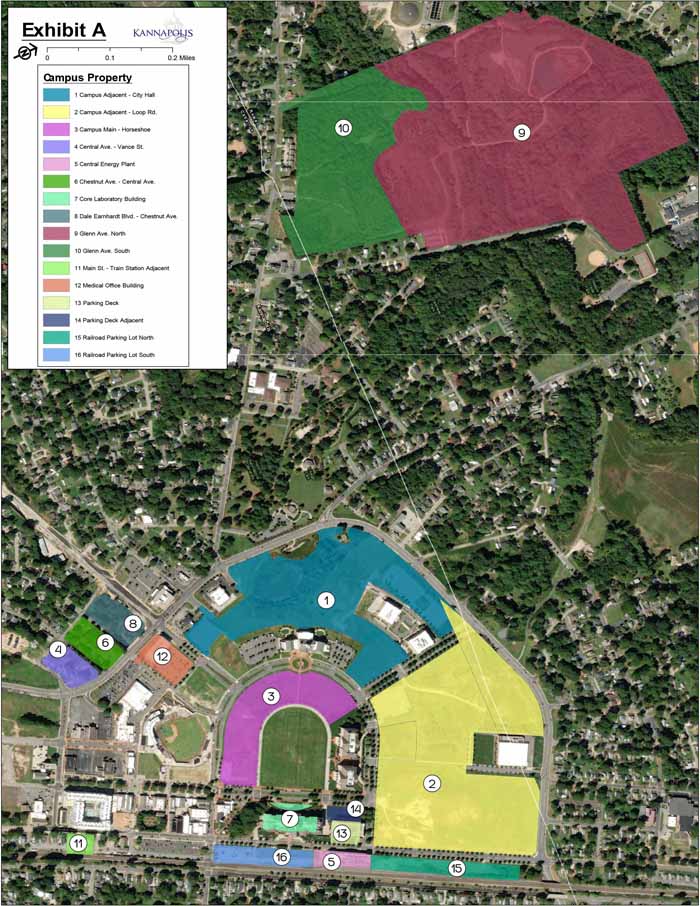 KANNAPOLIS — The Kannapolis City Council is supporting a projected $500 million investment by Insite Properties and its partners for properties downtown and surrounding the N.C. Research Campus.

Castle and Cooke, the company that owns numerous real estate assets in Kannapolis and some of the former Cannon Mills sites, decided to sell all North and South Carolina properties last year. Many of the properties located in Kannapolis are considered key to the successful economic health of the city.

Insite Properties, a regional development firm located in Charlotte, is in the process of purchasing the properties and will facilitate a projected investment estimated to be at least $500 million in the northern area of downtown Kannapolis. The city, Castle and Cooke and Insite are working together to make the project as successful as the original N.C. Research Campus investments and the downtown revitalization efforts.

“It is extremely important for us to be a partner in this process. The city has a vested interest in facilitating the plans for these very valuable properties. Insite’s planned development will be complementary and supportive of our downtown revitalization project and it is our desire that the future uses of the land enhance the businesses and uses that have established a presence in our downtown and at the NC Research Campus,” said Kannapolis Mayor Darrell Hinnant in a news release.

“This is a momentous time in preparing for the continued successes our city has experienced in recent years. As the door closes on the role Castle and Cooke has played in Kannapolis, another door of opportunity is opening. We are looking forward to working with Insite as we have with other partners who are investing in our city to unlock the potential of these properties. This is a once in a lifetime legacy project for Kannapolis,” added Kannapolis City Manager Mike Legg.

“Castle and Cooke is proud to have established the N.C. Research Campus in Kannapolis and enabled the life-changing research conducted by eight of North Carolina’s finest institutions of higher education that are resident on the campus. It has truly been a privilege and honor for our company to be part of this community. As our direct involvement with the City of Kannapolis draws to a close, we are pleased to pass the torch to Insite with full confidence that they will be good stewards of the continued growth and development of the campus and the city,” said Mark Spitzer, president of Castle and Cooke North Carolina and mission support executive for the N.C. Research Campus.

The growing research and commercial enterprise at the N.C. Research Campus will be uninterrupted by the sale and transition to the new ownership. Scientists at the universities on the campus have received over $44 million in new awards during this recently finished fiscal year and the N.C. Food Innovation Lab has signed three of its largest contracts to date in the last two months. Castle and Cooke will retain ownership of the two university buildings and one of the Rowan-Cabarrus Community College buildings on the campus until 2028 and 2030 respectively, after which the buildings will become state-owned.

Insite and Castle and Cooke have agreed to the purchase and sale of the properties in two phases with the initial acquisition anticipated to be completed by the end of September. Approximately 236 acres in and around downtown Kannapolis will be part of the transaction. Included are most of the vacant properties surrounding the current N.C. Research Campus buildings.

Insite’s preliminary plans for the properties include constructing:

“We are excited to join the city of Kannapolis community. Our firm has seen the successful progress the city has made in charting a prosperous future and we look forward to being a partner in the next chapter of the city’s economic development journey. The potential to be a part of this transformative process in one of the state’s top cities is a key reason we want to be in Kannapolis,” said Jay Blanton, founder and managing principal of Insite Properties. “As we orchestrate the development of all the adjacent campus land, I would expect that the value of investment by us and others in building structures, parks, streets, and other improvements will be in excess of $500 million over the next 10 years; and that could be wildly underestimated.”

Insite and city officials will work together to ensure new development will meet or exceed acceptable architectural and design standards and will complement the current buildings on the campus.

The city has agreed to assist in the sale of the property between Castle and Cooke and Insite through a loan commitment and the phased allocation of wastewater treatment capacity sufficient to support the development of the properties. In exchange, Insite will donate to the city several properties, including the campus parking deck, land on Main Street across from Vida, 88 acres on Glenn Avenue, the parking lot on Main Street across from Veterans Park and the Central Energy Plant. Insite will also construct a pedestrian corridor from the Village Park tunnel to the planned development behind city hall. Insite will also provide a long-term agreement with the city for public use of the parking lot at the intersection of Laureate Way and Biotechnology Lane.

“We welcome Insite and their current and future development partners as we all begin the collaborative strategic planning process for the use of these properties. It is vital for our continued economic health and prosperity that we succeed in working together,” Hinnant said.