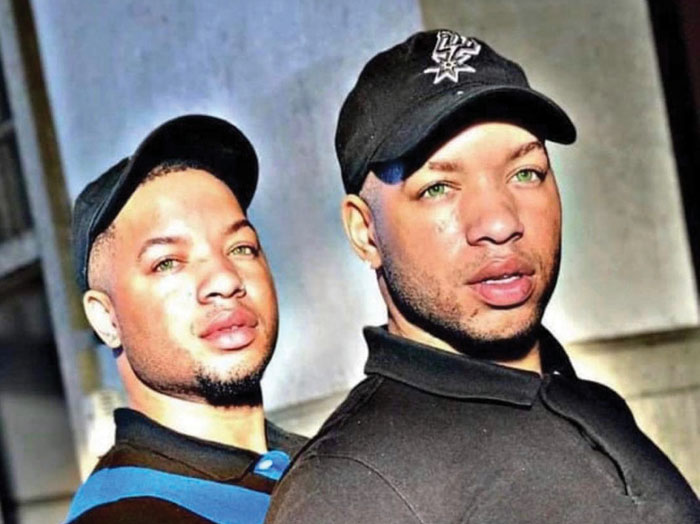 Well-known and well-loved twins James and John Woodson were two of three people killed in a crash on northbound I-485 just outside Charlotte about 3 a.m. on Sunday, according to the NC Highway Patrol.

Police say the man who was driving the car that hit the vehicle the twins were in has been charged with driving while impaired. That man, identified as Richard Brent Dunn, 33, was driving a Chevrolet Suburban on the wrong side of the highway at the time of the crash, hitting the Nissan Maxima the Woodson brothers were in head on.

Dunn was the only survivor of the crash; the passenger in his vehicle, identified as Pedro Manuel Medrano, 28, was also killed.

Aaron “AJ” Chambers, a friend who considered John and Jay family, has organized a memorial at North Rowan High School, the twins’ school.

“Everyone who knew John and James, please join us this Saturday, Sept. 24, at the North Rowan High School parking lot at 7 p.m. in remembrance of this iconic duo,” Chambers wrote on Facebook, then shared with the Post. “They are loved by so many and I hope everyone can come out and come together as a community to remember them.” Chambers asks everyone to wear white shirts and bring white candles to light, noting that he has candles available for those that need them.

Chambers described the bond he had with James and John starting in 2009.

“I first met them in ninth grade 2009 at North Rowan High School,” he said. “Since that day we became a trio — there wasn’t a day where I would not see them. For years and years, our favorite thing to do together was find an empty parking lot somewhere at night and turn the radio up and sing and dance until 3 in the morning.”

He said the three loved Dave & Busters and Carowinds and would go every chance they got.

“They went to California for a little while and met some amazing people in the field that they loved (arts, music and dancing),” he said. “They came back to North Carolina and started to put their plan in motion, starting working on an unreleased album and starting teaching dance classes. They were so talented there was nothing that they could not do.”

Chapman said last week John explained he was planning to start a transportation company. He has his commercial driver’s license (CDL) and was working at Amazon, in addition to singing and dancing.

James, he said, had gotten “promotion on top of promotion” in his job at Chewy, while still, like his brother, singing and dancing.

“In the midst of it all they started skating, and of course like everything else they learned fast and became experts!” said Chapman. “They would skate every weekend,  even in different states. They were a team in life — you would never see John without James and vise versa. They loved everyone they came in contact with. They were the ones to call and check on you at any given time. Doesn’t matter where we went, people would know John and James. They had so many passions and dreams lined up, from being on Broadway to singing at the VMA — they could have done anything the wanted in this life.”

Chambers’ post was one of an increasing number of posts sharing memories of the Woodson brothers, and shock and grief over their loss.

Reid Leonard, former director of the Piedmont Players, said he was stunned when he got word of the accident.

“These guys were just the nicest two kids you could ever hope to meet,” he said. Leonard worked with the young men on a number of productions, and he praised their talent across the board. “They were dancers, they were singers, they were just super talented.”