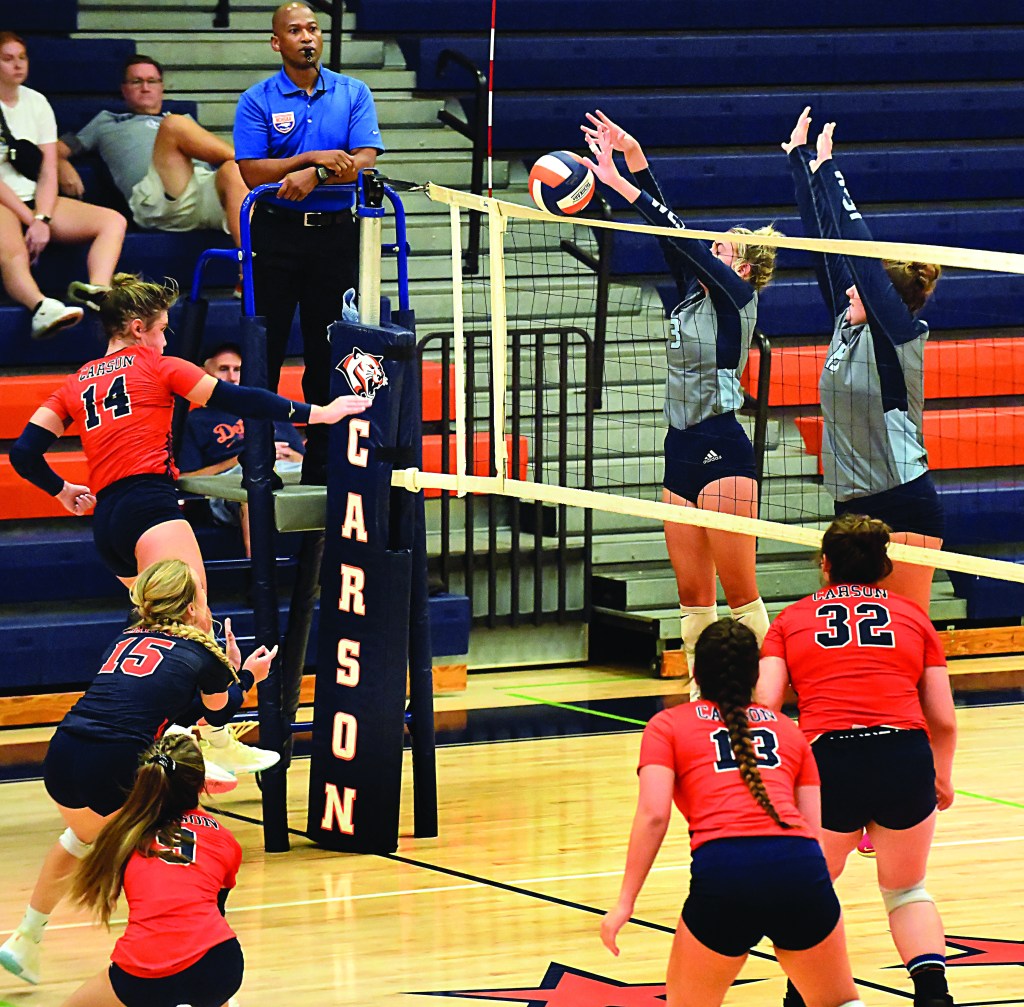 For the Raiders (11-3, 5-2), Meredith Faw had eight kills and 16 digs. Avery Welch had seven kills. Leah Rymer had six kills and 14 assists. Laney Beaver had 12 assists. Campbell Withers had 15 digs.

East Rowan hosts Lake Norman Charter in a Volley for the Cure Match on Wednesday.

East hosts Statesville on Thursday in a varsity only match. East volleyball alumni will be recognized before the game at 5:45 p.m.

Andy Ortez scored for the Falcons. Luis Elizalde had the assist.

Isais Elizalde scored two goals for the Cougars. Gabriel Gomez had one.  Junior Rios and Lisandro Cardona had  assists.

Salisbury trailed 1-0 at halftime but fell behind 4-0.

Ethan Ott scored both goals for the Hornets.

Salisbury takes on Lexington on Wednesday.

LSU was the latest colleg program to offer Salisbury junior guard Jayden “Juke” Harris, who has at least 25 offers.

Harris announced he’s making a visit to Houston on Oct. 8. He’s visiting Tennessee the week after that.

Columbia International’s Kira Rymer (South Rowan) has been named AAC Attacker of the Week for the second time this season.

Charlotte 49ers quarterback Chris Reynolds (Davie) was named to the Davey O’Brien Great 8 and the Manning Award Stars of the Week.

Reynolds matched a school-record with a career-best five touchdown passes, threw for over 400 yards for the second time in his career and connected with wideout Grant DuBose for a game-winning, two-yard touchdown pass with 17 seconds left to play in a 42-41 win against Georgia State.

The Kannapolis Cannon Ballers finished the  season with with a 58-74 record, including 32-24 in the second half.