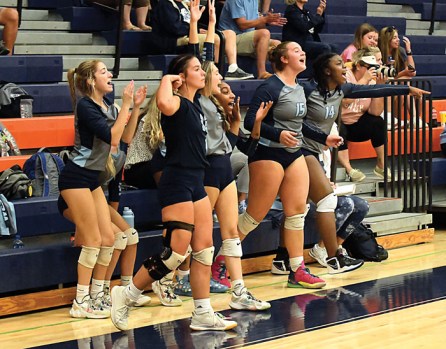 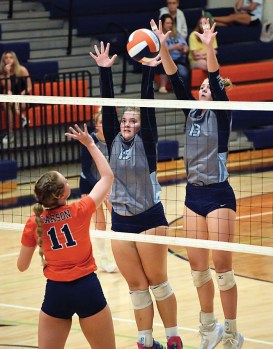 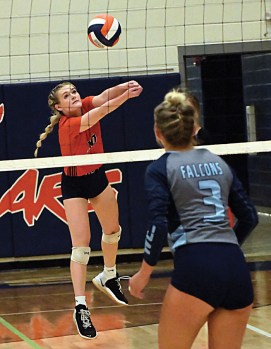 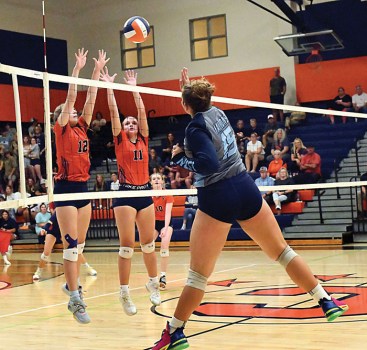 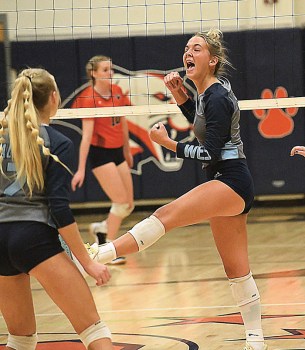 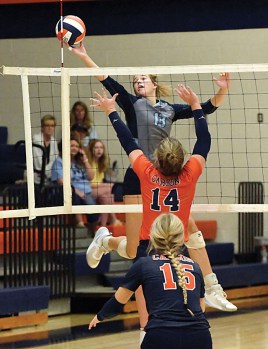 “We switched up some things at Tuesday’s practice and we didn’t play very well in the first set,” winning coach Jan Dowling said. “But we adjusted well, starting playing better together.”

West has a lot of “program” players, girls who were in smaller roles as younger players, but now are getting their chance to shine as veterans. Things have started to come together.

“Well, it’s definitely going to be collective effort as far as kills,” Dowling said. “We don’t have that one go-to person this year, but we’ve got about five who can be that person on a given night.”

West’s new setter is a senior. Ashlee Ennis has been a defender and a hitter and now is finally in the role that’s probably best suited for her.

“She’s super-athletic and she makes setting look easy,” Dowling said. “She can turn that tight pass into an an easy kill. She’s never set for me before, but she’s set for her club teams, and she’s very good at it. All the girls are very comfortable hitting her sets.”

Dowling said West had an exceptional night in the serve-receive aspect of the game. Brooke Kennerly, Madelyn VonCanon, Anna Grace Blackledge and Ava Gusler made the passes to Ennis.

“Everyone talks about kills, but good passing is going to decide more volleyball matches than big hits,” Dowling said.

West got nine kills from  Blackledge, six from Emma Clarke and five from VonCanon.

The Falcons had some devastating runs keyed by blocks — seven by Maia Gaeta, five by Blackledge and three by Clarke.

“We served really well, served super-aggressive and got a lot of aces,” Dowling said. “I was pleased with how we played.”

West won its 20th straight game against a Rowan opponent, and this is a sport Rowan is very good in.

The last time the Falcons lost in the county was four years ago at Carson.

Carson (11-3, 4-2) knocked off South Rowan for its biggest win of the season on Monday, but couldn’t build on it.

Next Monday, West will play at South Rowan, while Carson goes to Lake Norman Charter.

Carson swept the jayvee match with the Falcons.