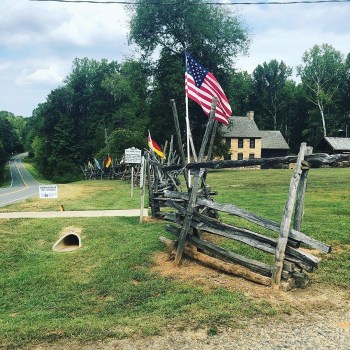 Submitted photo: The Old Stone House continues to be the site of Germanfest. The event returns Sept. 17. 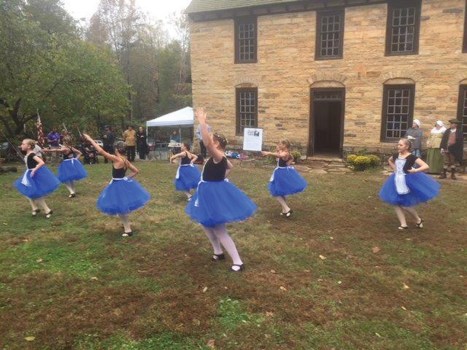 Each year the festival is held at the Old Stone House, which was built by Michael Braun, a German immigrant who lived with his family in the same home. This year, Triad Woodcarvers and the Backcountry Peddler bring new demonstrations of life in the late 1700s.

Janet Pyatt is founder of the Backcountry Peddler and has German heritage. She uses an astounding collection of equipment from spinning wheels to tabletop looms for creating period-accurate attire in her shop on Lee Street in Salisbury. Her ancestors traveled down the Great Wagon Road from Pennsylvania.

She attends up to 25 events a year but operates out of her brick and mortar store in Rowan County.

Pyatt describes her store as a gathering place for living history, whether that is connecting with other period-living individuals, taking orders for custom 18th century fashion or stocking the Backcountry Peddler with historical household items. Additionally, she emphasized the importance of religion during the German settlement.

“Religion was important to our ancestors,” she said. “They found solace in the church because when they first came to the state, they couldn’t speak English.”

Many Rowan County Lutheran churches were founded by German immigrants such as St. John’s Lutheran Church, which can trace its origins back to 1747.

Pyatt is also active with the Southeastern Civilian Living Historians, who always welcome new members. The nonprofit group focuses on research and education about the 17th to 20th centuries by accurately reenacting life of Rowan County residents of the time.

The focus of Triad Woodcarvers is more on the art that was prevalent during the 18th century. Based in Charlotte, the group of over 100 members crafts anything from spoons to intricate bottle corks and figurines with minimal supplies.

The club makes it a goal to promote the unique sculptural art by educating carvers of all skill levels at their weekly care-ins at Miller Park Community Center in Winston-Salem every Monday from 4 to 9 p.m. This year, they take the skill to the grounds of the Old Stone House.

Randy Lassister, former dentist and current director of Germanfest, has passion for the German roots in the county despite not having a drop of the country’s blood in his heritage.

“The reason I do this is because I love Rowan County,” he said. “And it’s important that the community knows and appreciates the history and their heritage.”

Lassiter also shared that the festival is not only for German descendants. In fact, he emphasized that the event is welcome for all ages and heritages as it celebrates the history of what community residents call home.

New Sarum once again has formulated a beer that will be exclusive to the event, a sarsaparilla-inspired brew recreated through a 1920s recipe and a honey-persimmon brew.

Other activities bring back the annual favorites of the event including German folk dance, games, crafts and food all from the 18th century era. Attendees will also be able to tour the Old Stone House.

F&M Trolley Barn will once again serve as the location for shuttle services from 10 a.m. to 2 p.m.