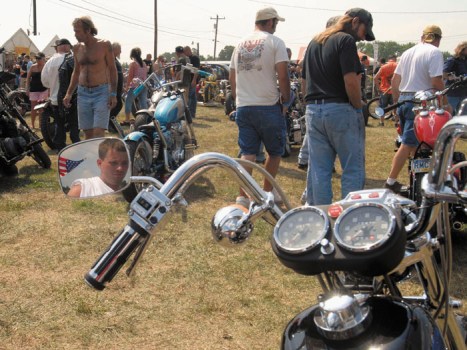 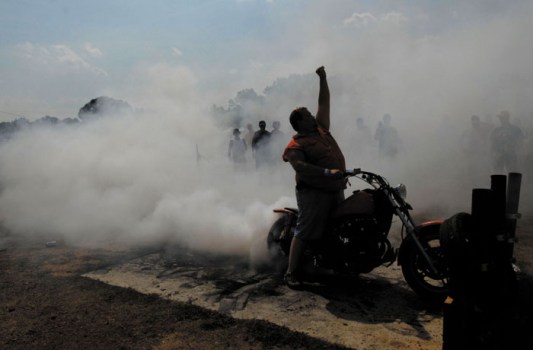 SALISBURY — A celebration of motorcycle culture comes back to Salisbury starting Thursday with SmokeOut, a rally that traces its origins at the Rowan County Fairgrounds to 2002.

A weekend long event of custom tank and sissy bar art, contests and performances will be going on Thursday through Saturday, bringing together motorcycle community members and the curious alike who share a passion for the two-wheelers. With over 70 vendors, the three-day event offers weekend pass tickets for individuals 18 years or older at $40 and camp-out tickets for $80, a popular choice for those coming in from out of town. The latter includes admission to additional events on the grounds such as the Perewitz Paint Show, drag races and concerts.

“As generations change in the motorcycle community, it’s important to tell the stories.” said Chris Callen, who emphasized that both seasoned bikers and those who never ride are welcome to attend.

A few additions have been added to the days’ itinerary with a charity auction and legacy invitational.

An auction of custom-painted motorcycle tanks called Tankful will take place during the event to raise money for two food nonprofits that will take 100% of proceeds. Half of the funds will be donated to Spearfish Community Food Pantry in South Dakota while the other will be given to Meals on Wheels Rowan. Heather Callen also said donation bins will be set up throughout the grounds for those who wish to give but do not participate in the auction.

“My goal is to raise donations for other food pantries in the area in the future,” she said. “Everyone has been so welcoming to us coming to Salisbury and we want a way to give back.”

SmokeOut had moved to Rockingham and held there for years until Greg “Edge” Scheuer decided to retire. He said that there had been a lot of great years with SmokeOut and that Salisbury is “the heart if the motorcycle community.”

The revival of the event was a proposal by the Callens, who wanted to bring the event back to where the culture was strong. In 2004, SmokeOut III was held at the Rowan County Fairgrounds with Billy Lane, a builder of custom motorcycles, being challenged by Discovery Channel to compete with Roger Bourget for a special called “The Great Biker Build-Off.” Lane agreed with the condition of it being filmed at SmokeOut in Salisbury. From there, the show kicked off to continue the televised building competitions.

The event will also be inducting two new bikers to the SmokeOut Hall of Fame, which currently has 14 members.

On Sunday, SmokeOut will be hosting a free pancake breakfast from 8 to 9 a.m. followed by a church service and a blessing of motorbikes. This part is open to the public at no charge.