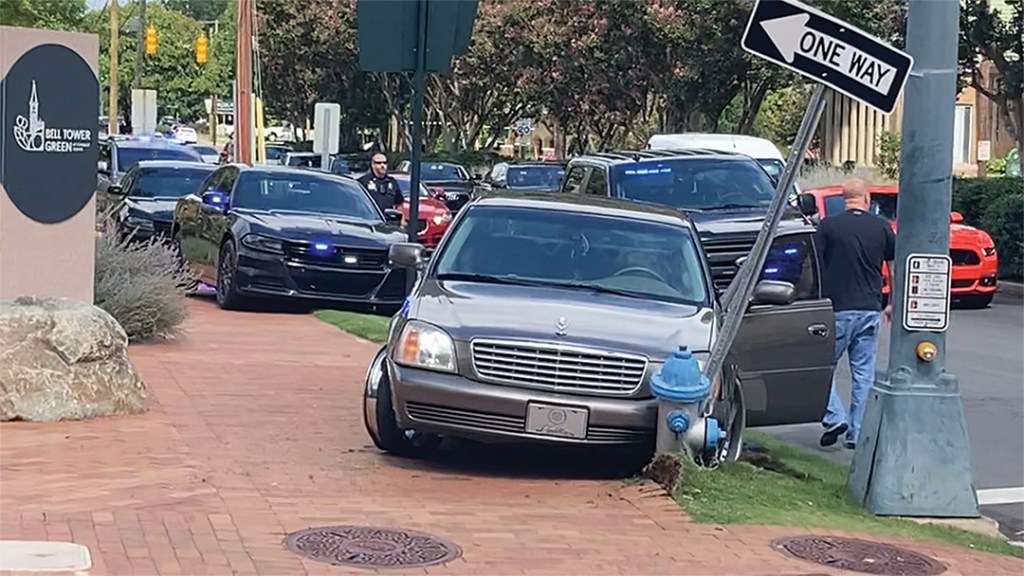 John Carr/Salisbury Post — A suspect driver fled on foot east of West Innes Street after crashing his vehicle into a fire hydrant and one-way street sign on the corner of Church and West Innes streets. The man has been apprehended.

The suspect was heading into Salisbury from East Spencer on Long Street when Salisbury Police were called to deploy stop sticks for the vehicle. Heading into downtown Salisbury, the driver ran off West Innes Street to the left, hitting a fire hydrant and one-way street sign at the corner of South Church Street.

He then jumped out of the vehicle and continued to run east before police officers caught him.