Jack of all trades: Guitar shop now open in Kannapolis 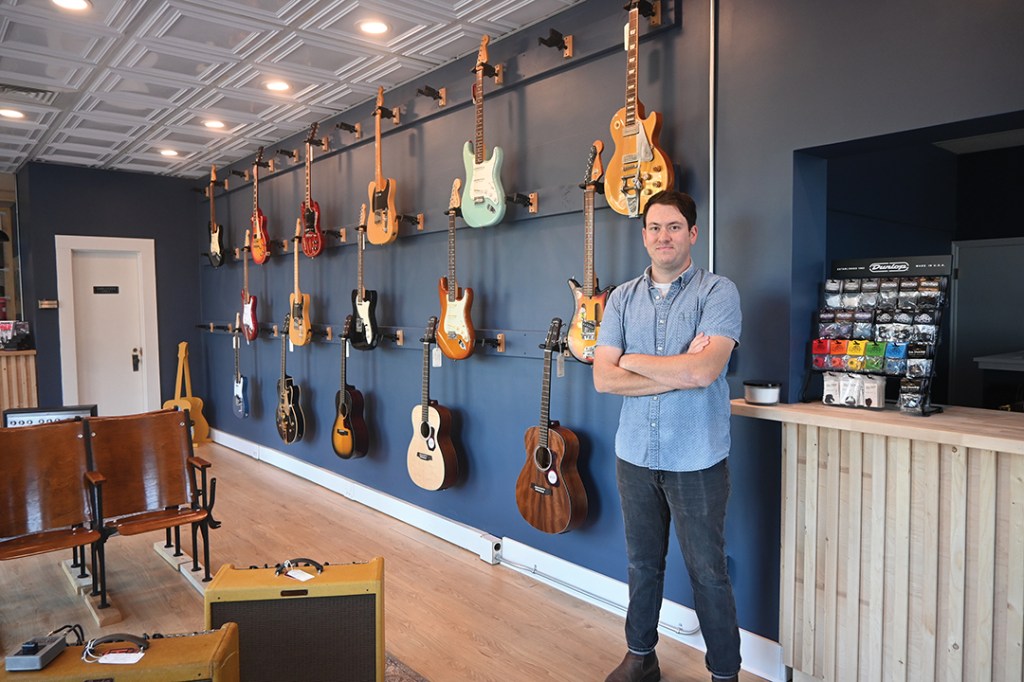 KANNAPOLIS — A guitar handyman saw an opportunity this year, but it was rather unexpected when it came to timing. Jack King, founder of J. King Guitar, offers repair services for experienced guitarists needing touchups or whatever beginners need.

King began his guitar journey at the age of 12, learning all sorts of genres and collecting of variety of guitars. He said he listens to a bit of every type of music, leaning more toward the varieties that still use traditional instruments. When playing, he mostly dabbles with rock and blues.

Throughout high school, it was always in the back of his mind to share his knowledge of the instrument, so he began working on the guitars of those who were close to him.

“I started out just working on my buddies’ guitars,” he said. “I apprenticed at a shop in Concord during this time before I took formal training in Nashville.”

Guitar repairs started out as a side hustle in 2019 for King as he held a full-time job with an auto parts company in Charlotte, where he mixed paint. He rented a section of a warehouse where he would start booking appointments with customers. King was able to build up a dedicated clientele base that would continue counting on him as he moved to Kannapolis.

His business first came to the city as a popup shop when he was invited by West Avenue Entertainment to check out the lease space at the back of Swanee Theatre, located at 200 W. Ave. in Kannapolis. The space was ideal and he saw a need for a music retail shop in the area.

He also attended a business startup program with Cabarrus Center, which awarded him with a startup grant after he pitched his business idea.

In June, the keys were given to him to begin renovations. Large windows wrap around the outside wall of the shop to provide a preview of the bustling downtown area.

“It all happened at once,” King said. “The idea for retail was always in the back of my mind, I just didn’t expect it to happen so fast.”

King worked with his wife, Marissa, to gut the leased space, repaint the walls and install new flooring and ceilings. They did the work themselves, just as they had at their home when they moved to Kannapolis. The  goal was to create a warm environment that was modern but still kept the historic feel of the Swanee Theatre.

“He always has loved guitar,” said Marissa, who works in marketing along with supporting her husband. “This has been a 15-year passion project for him. I’m very proud of him, this has really been a dream and it’s really cool to see the community appreciating him and to see this all coming together.”

The environment of J. King Guitar welcomes  even those who have no knowledge of the instrument.

The couple emphasized that it will be a store catering to each customer’s skill level, no matter who comes into the shop.

King said it was important to him that locally made options were available for customers. He also hopes to offer guitar lessons as an option soon.

J. King Guitar opened Saturday for the first time. Business hours are Wednesday to Saturday, 11 a.m. to 6 p.m. and Sunday, 1 to 5 p.m. A list of services can be found on
jkingguitar.com