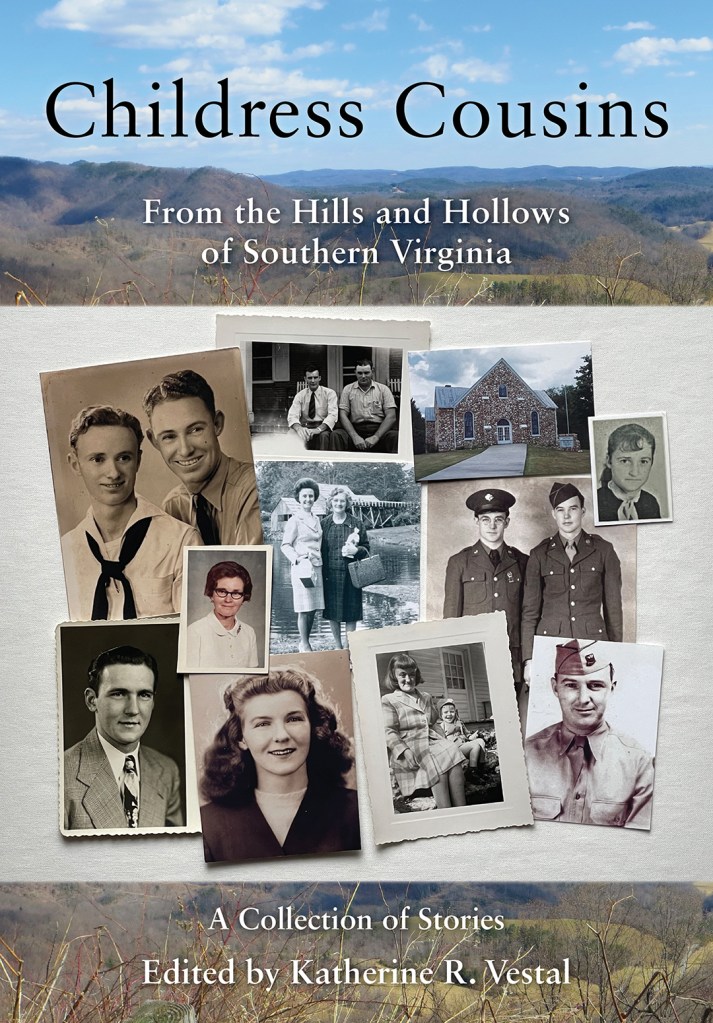 SALISBURY — Kathy Vestal is no stranger to writing as her columns have been featured previously in the Salisbury Post. However, through independent publishing on Amazon, she released her first book sharing the stories of her notable ancestors of “the hollow,” the border of North Carolina and Virginia at the Blue Ridge Mountains.

Vestal grew up in Boonville before coming to Rowan County. She taught Spanish at West Rowan High School before going on to teach it at Rowan-Cabarrus Community College for 17 years before retiring. However, she recalled her earliest career days at a newspaper, writing and reporting stories from the time she was in high school.

She has since gone back to writing with a twist.

“Childress Cousins: From the Hills and Hollows of Southern Virginia” is a collection of 15 stories exploring the lives of the children by her great-grandfather Bill Osborne Childress and his brother Rev. Bob Childress, a circuit rider Presbyterian who built six stone churches in the mountains of Virginia. Because of Bob Childress’ notable mark on the present day Blue Ridge Mountains community, Vestal was inspired to dig deeper on his influence.

Vestal first read “The Man Who Moved a Mountain” by Richard C. Davis, which is a biography on Bob Childress’ impact on what is now Ararat, Va. through his ministry.

“A seed of his story has always been there,” Vestal said. “He’s a family legend.”

Besides him, the rest of her family history was not shared like his story. Her great-aunt Nell Perdue, who was the last of the children to Bill Childress still alive until 2020, had a plethora of letters, post cards and photos of her family that was passed down to her children and shared with Vestal. Stories of World War II, a child born with hydrocephalus, poetry and an unfinished autobiography by Bob Childress were just some of the treasures that the author found for sources.

She researched for months, interviewing family members over Zoom, phone, text, email and ancestry.com to find any and all information that could be shared through the Childress family biography.

The book is split into 15 chapters, or “stories” as Vestal calls them, since each can be standalone reads. Brief biographies of the two men are featured as chapters while the rest documents the lives of Bill Childress’ 11 children and Bob Childress’ eight children.

“I started connecting with cousins and it turned into something I couldn’t imagine,” Vestal said.

She described the writing process as being different for each story of “Childress Cousins.” One story is of her great-uncle Bill Childress who wrote a memoir featured in the book, recounting his years in the Navy working on one of the most decorated ships of World War II. The ship was supposed to be at Pearl Harbor on Dec. 7, 1941, but due to a problem with the hull, he and his crew mates arrived a day late. His family knew he was to be at Pearl Harbor that day but due to early communication means, they were unaware that he was still alive for months. It was enough time for 16-year-old Everett Childress, Bill’s younger brother, to lie about his age and enlist to serve and avenge for his brother.

Over 100 photographs are also featured in the compilation of Vestal’s heritage.

“I wanted to put this together for family knowledge,” she explained. “It’s also because Bob Childress is so well known and well loved in the local (Blue Ridge Mountains) community.”