Man killed outside arcade with history of problems 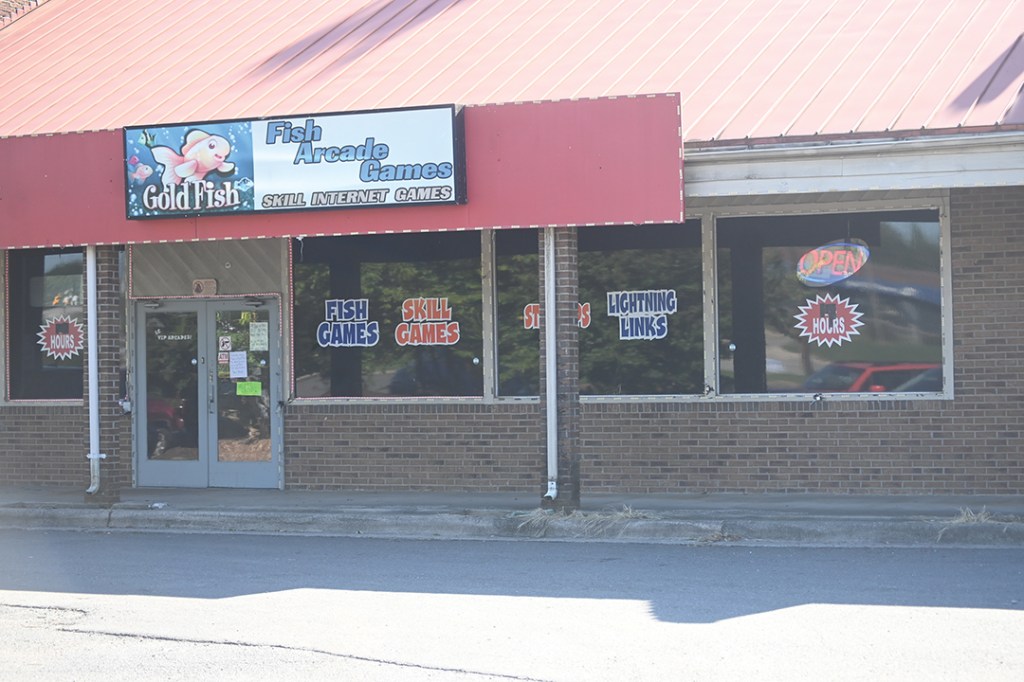 Madeline Wagoner/Salisbury Post — The Fish Arcade Games on Statesville Boulevard was the site of a homicide Tuesday night.

SALISBURY — A 56-year-old man was killed last night at a strip mall at 2143 Statesville Boulevard, according to a press release from Salisbury police. The incident happened just outside a fish arcade that is well known to local law enforcement.

In 2018, there was an armed robbery at the location, and in March of 2021, Rowan County Sheriff’s Office closed the business and confiscated all the equipment from inside, according to Deputy Chief David Ramsey.

“We’ve shut that place down at least twice, and they have had crime that runs the gamut there, from robbery to drug activity to gambling to having unlicensed security guards, and now murder. It has been a constant source of problems, and there have been numerous complaints, including from the other tenants in the mall.”

Salisbury police said there will be more information forthcoming on the homicide tomorrow but currently the incident remains under investigation.

The activity at the arcade, like numerous others in the county and throughout the state, have been deemed illegal by the state Supreme Court, but Ramsey said investigations of the businesses are time consuming and the businesses seem to bounce right back regardless of what police do.

The family that runs the business has claimed ownership of at least a dozen of the fish arcades in Rowan County and is associated with more that are outside of the state, Ramsey said.

“I’ve gotten calls from lawyers in other states wanting to talk to us about enforcement because we are making the effort,” Ramsey said. “But I don’t know why this is not getting more federal attention. This is literally nothing short of organized crime and money laundering. I have seen the tax returns for some of these people and it is clear they are not filing accurate tax returns, not paying taxes on the full amount of money they are making. I don’t know why the feds are not pursuing that much.”

He did say the sheriff’s office and Salisbury Police have discussed petitioning ALE for a nuisance abatement action because of the repeated problems with the business, which will involve going after the property and property owners, whom he believes should have addressed the issue long ago.

“This business has a Dairy Queen on one side and a Little Caesar’s Pizza on the other,” Ramsey said. “If I wanted to take my family out, I’d be afraid to get out of my car in that parking lot. Those are folks trying to run legitimate businesses and I don’t understand why the property owners are not trying to take care of them.”

Anyone with any information on the homicide is asked to contact Lt. Justin Crews at 704-638-5333.