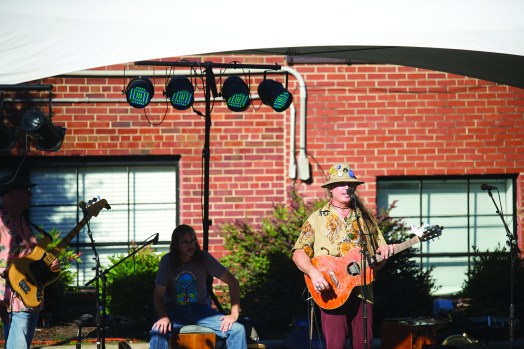 Carl Blankenship/Salisbury Post - C.J. Peters performed and organized the music for the evening. 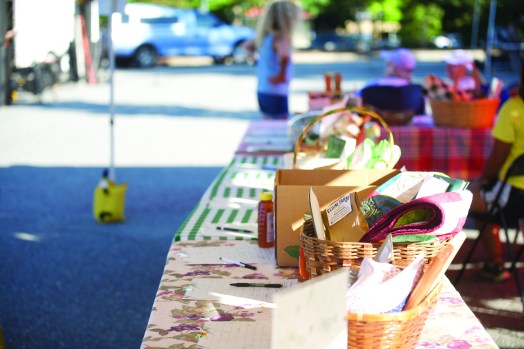 Carl Blankenship/Salisbury Post - Donated baskets of local goods were up for grabs via silent auction. 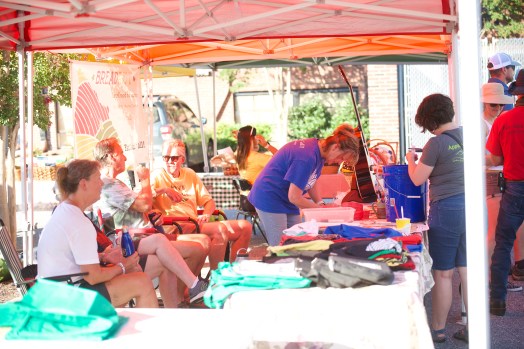 The “riot” at New Sarum on Saturday was full of local food, local beer and local music with some opportunities to support the organization. Merchandise, a 50/50 raffle and gift baskets stuffed with local goods were up for grabs. The baskets were part of a silent auction and donated for the event.

The food was provided by Kreyol Flavors and Swicegood Barbecue.

Bread Riot President Dottie Hoy said the nonprofit has been hosting events at New Sarum for a few years now. She said hosting fundraisers at the brewery is more simple for the organization than previous local food dinner fundraisers that took more logistics work like sourcing and preparing all the food in-house.

A major program for Bread Riot is purchasing food from local farmers and distributing it to people in need. Hoy said the nonprofit distributed more than two tons of food this summer.

Hoy said there was no fundraising goal, but the basket auctions have helped fundraising significantly, but she said the music is a major draw and credited board member C.J. Peters for organizing all the acts. Peters is a musician and performed as well.

New Sarum Brewmaster Andy Maben said the brewery supports Bread Riot because New Sarum has always been community driven and is “all about” programs like this.

“If there’s anything I can support, it’s high-quality, local food products,” Maben said. “Yeah we’re in production, but we make something you consume. With everything we do, including the grain we buy and the hops that we buy we try out best to support local agriculture.”

Maben said he wants to do anything he can to support farmers, because we need them to survive.

“Whatever we can do to make sure we bring that to light, that’s what we do,” Maben said.