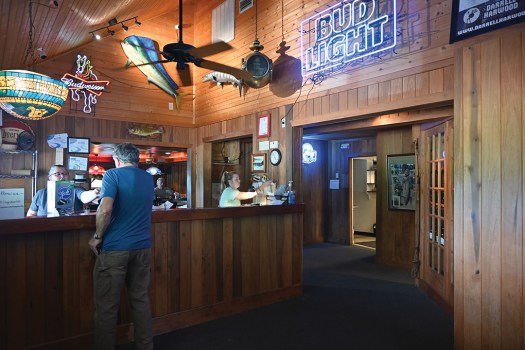 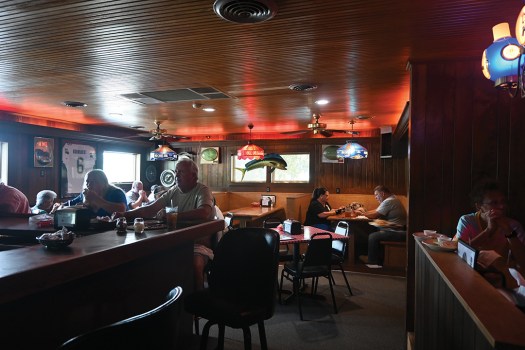 Madeline Wagoner/Salisbury Post — Customers often have a mug of beer at the bar to compliment their meals.

CHINA GROVE — A community favorite has returned and opened its doors to the public again after being shuttered for about two years.

Matt Efrid took over as owner of Stag & Doe in the spring, marking his first venture into the world of the restaurant business. Starting May 25 with just takeout, the restaurant is now back as one of China Grove’s longtime favored dinner hubs.

Tommy Martin, a weekly visitor to the restaurant, said even as long as it was open, the place is still one of the best kept secrets in Rowan County.

“When I was in high school, I can remember the football coach bringing us all in here for dinner,” he said.

Reggie Safrit and James White graduated together from South Rowan High School in 1966 but still find each other at Stag & Doe regularly. According to them, the food is still the same quality of what they have shared for years. White recalled last Friday when the parking lot was packed with a line of cars down the highway waiting to pull in.

“It’s just nostalgic coming in here,” Martin said. “I feel responsible to come once a week to support the cause.”

Stag & Doe, which was owned by Gary and Dana Morton earlier, was among the restaurants that closed during the pandemic, shutting down in March 2020 and remaining closed throughout 2021. Rowan County had also bid farewell to several other staple restaurants, including Wink’s Barbecue on Faith Road and Copacabana Brazilian Cuisine on Jake Alexander Boulevard.

“All of the restaurant businesses in particular really had to scramble quickly,” Elaine Spalding, president of the Rowan County Chamber of Commerce, noted earlier in the Post. “Many had to close their doors with very little notice from our friends in government. They had to adapt to totally to-go orders and provide their employees with as many resources as they could to hopefully retain them.”

But now Stag & Doe is back open for diners Wednesday through Saturday from 4 to 10 p.m.