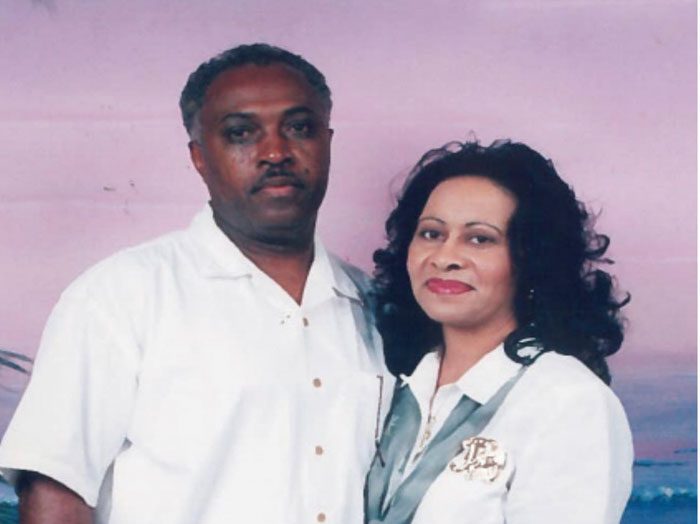 EAST SPENCER — Each year, the Southern City Tabernacle AME Zion Church honors a particular member, or in this year’s case a couple, with the “Legacy of a Leader” award.

Sunday afternoon the congregation, under the leadership of Pastor Patrick Tate, paid homage to life members Cynthia and Rev. Albert Johnson, who have been married for more than 30 years and involved in the church not just their entire married lives, but since childhood. Both have served a variety of roles within the church.

Rev. Johnson served as preacher steward for more than 15 years before going into the ministry. He is currently associate minister of the church. In addition, he began employment with Pittsburg Plate & Glass (PPG) Industries of Lexington on March 13, 1973. On April 1, 2018, he retired as laboratory technician after 45 years of work with the company. He had 45 years of perfect attendance with the company.

In his youth, Rev. Johnson attended North Rowan High School, playing on the varsity football team, receiving certificates of honor and an honorary team jacket. He studied Kenshi karate and Kenshi Kai karate for more than 13 years, and has received numerous competition trophies and a brown belt, one level below black belt.

He has attended two years of AME Zion district studies, four years of Western N.C. conference studies, and in June 2013 was ordained as an elder in full under the Western N.C. Conference under Bishop George E. Battle Jr.

Cynthia has served the church on junior choir, the usher board, and the steward board for 22 years, and has been a Leader of Leaders since 2004.

Cynthia retired recently from the NC Department of Public Safety — Piedmont Correctional Institution where she worked for more than 20 years. During her time there, she made history when she was the first Black American to be promoted to administrative secretary for the institution.

On retirement, she received the Order of the Long Leaf Pine and the governor’s Old North State award. In her youth, she attended North Rowan High School where she was an honor roll student, and attended Livingstone College where she made dean’s list. She graduated from Salisbury Business College where she studied general business and was again on the dean’s list.