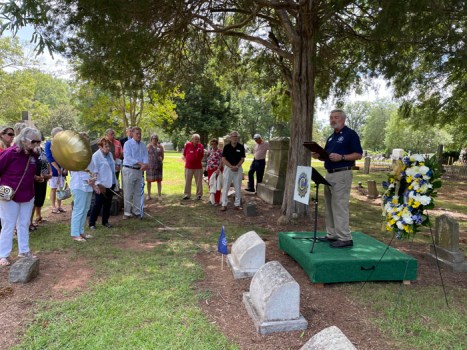 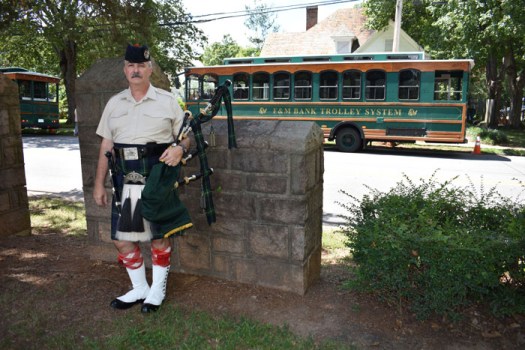 Bill Whitfield was the bagpiper for the event. Bill Bucher photo 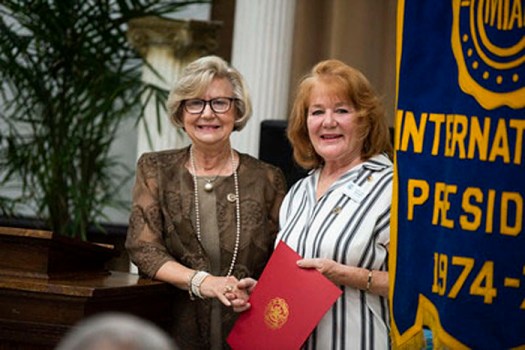 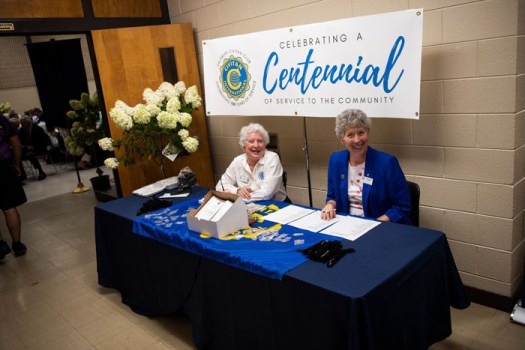 Linda Jones and Beth Cook were among the 150 who attended the Centennial Celebration on Aug. 11 at the Civic Center. Tim Coffey Photography 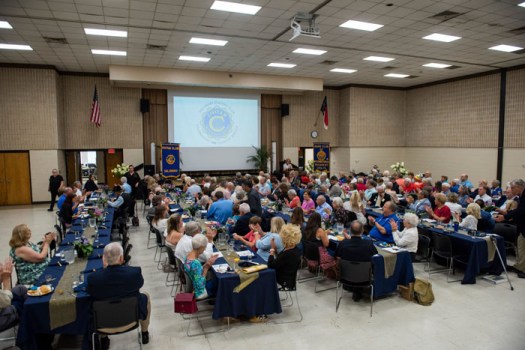 More than 150 attended the Civitans’ Centennial Celebration on Aug. 11 at the Civic Center. Tim Coffey Photography 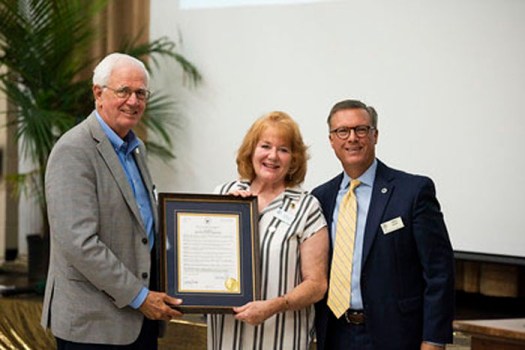 SALISBURY — The Civitan Club of Salisbury celebrated 100 years of continuous service to the community by hosting a special luncheon at the Salisbury Civic Center on Thursday, Aug 11. The club was founded Aug. 15, 1922, as the 80th Civitan Club in the country. Today, it is the third largest Civitan Club in the United States and one of the oldest continuously existing clubs worldwide.

Attending the Centennial Celebration Luncheon were over 150 members and guests including State Sen. Carl Ford, Salisbury Mayor Karen Alexander and County Commissioners Greg Edds and Jim Greene, as well as past and present leaders from Civitan International in Birmingham, Alabama, and from across the country. Also attending were representatives from many of the 33 Civitan Clubs in North Carolina West District, as well as descendants of several of the original 27 charter members of the club.

The luncheon featured the presentation of proclamations naming August as “Civitan Club of Salisbury Centennial Month” from the mayor and from Edds and Greene, who are members of the Salisbury club.

Civitan Club President Lee Wagoner spoke of the club’s many accomplishments since 1922, including awarding as much as $15,000 per year in college scholarships to local students and their decades-long financial support of more than 25 local, state and regional charitable organizations. The Civitan Club is a “club of leaders;” over the decades, nine members have served as mayor or deputy mayor of the City of Salisbury, and more have served on the city council and Rowan County Board of Commissioners. One club member is currently on the Civitan International Board of Directors and eight members have served the Civitan organization as governor of North Carolina District West.

Historic trolleys transported attendees to Chestnut Hill Cemetery for a special memorial service at the grave of the first president of the club William Edward Hennessee. This moving service of remembrance included the reading of all 27 names of charter members and was followed by the playing of “Amazing Grace” by a Scottish bagpiper. Attendees then were treated to a guided tour of the graves of seven other charter members and learned about their lives and accomplishments.

“Think about it,” Wagoner said, “How many things have any of us done that were remembered and celebrated 100 years later? These people, who decided to band together to help their neighbors and serve their community, deserve to be celebrated and remembered, and I think we did a good job of doing that today.”

More information about the Civitan Club of Salisbury can be found at www.salisburycivitan.org.

Bill Bucher Jr. is a member of the Civitan Club of Salisbury.