West Rowan up 31-7 over Salisbury when reports of gunfire clear stadium; no guns found and scene called all clear 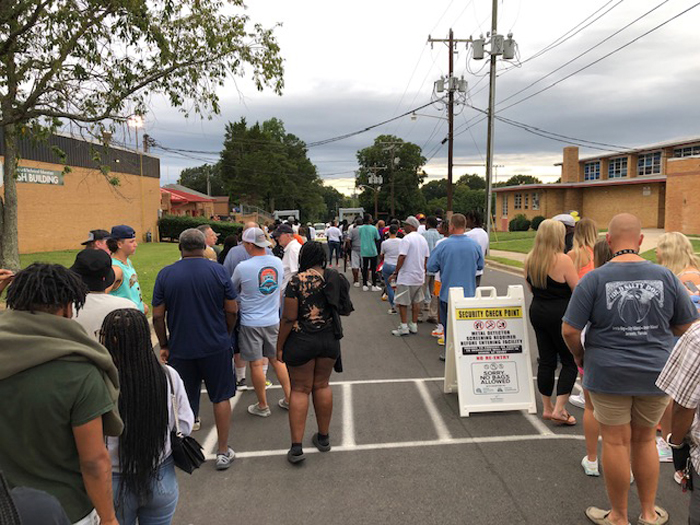 Fans wait to get through the security check at Salisbury’s Ludwig Stadium before Friday night’s game. Jon C. Lakey/For the Salisbury Post

SALISBURY — The Salisbury Police Department responded to a report of shots fired in the football stadium at Salisbury High School tonight, but no guns were found and there was no evidence of any actual shots being fired.

Salisbury Police reported two people suffered minor injuries after falling as the crowd was leaving the stadium. Officers and Rowan-Salisbury Schools officials worked to get everyone safely off campus.

West Rowan was up 31-7 over Salisbury in the fourth quarter when the stadium was cleared.