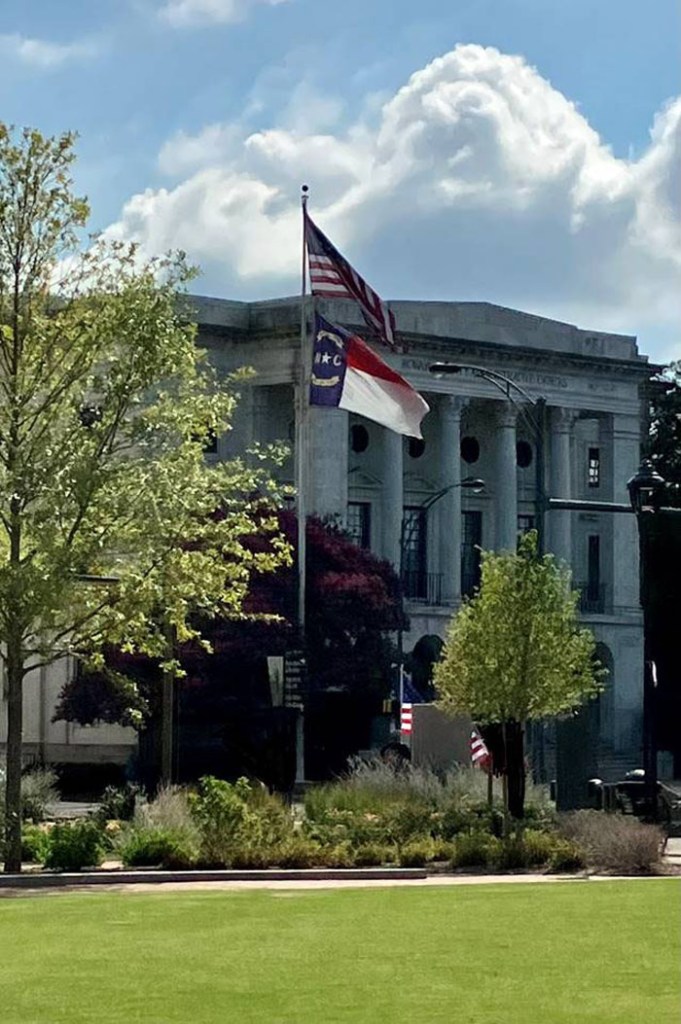 There has been much attention recently about having a flag at Bell Tower Green (BTG) Park. That’s great because the Board of BTG wants everyone to see the park as an extension of themselves and the community. Our flag is symbolic of our nation, our veterans, and ourselves. It is the symbol of everything our country represents. It is a source of pride for every American.

When our master plan committee and our architects planned the park, the placement of a flag was important to them. As with other design decisions, they surveyed the property and the activities planned for each area of the park. What was the best location for a flag? The article in last Sunday’s paper correctly stated that a flag is typically placed at a park’s entrance, which, in our case, is the corner of Innes and Church streets. The design team quickly noticed that we already have a flag at that corner in front of the County Administration building. The flagpole is about 60’ from the park’s entrance, about 40’ tall, and in line with the park’s entrance. There is a large American flag at the top, and just as important, it is in direct sight line with the center of the park. I’ve enclosed a photo that shows the flag’s location. So the question became: do we need two flags so close together, both at the same intersection?

Our designers decided that the flag in front of the county building met the need for a flag at BTG, and our Board agreed.

Other considerations surrounded our decision. Maybe the most important is how a park integrates with the surrounding buildings and neighborhood. For example, we have all seen how the three streets surrounding the park (Church, Fisher, and Jackson) become a part of the park itself during significant events. In cooperation with the City of Salisbury, we also built green islands into the street landscape, blending the park into its surroundings. Another example is the sidewalk connecting the library with the park. It invites visitors from the park to enter the library and library clients to visit the park. The connection is good because a park should consider its surroundings and blend into them. With the flag, it’s the same concept. We are fortunate that our park connects with the seat of Rowan County government. That beautiful building and the flag are an entry point to the park.

Another consideration of park design is community engagement. Community groups and citizens should use the park for events that highlight their interests. Those events bring all of us together. For example, we want our citizens to use the park on special days, like Veteran’s Day and Memorial Day, which are important in our country’s history and our veteran’s sacrifices for our freedom.

American flags should be a part of these celebrations and brought into the park for those events. This would be the same for other community groups, so whatever banners or signs that express their thoughts and beliefs can be displayed because the park belongs to the people. However, when these events conclude, the signs and banners are removed, and the park is back to being a park. That’s the way it should be. That’s the way it was designed. The more we permanently change the park, the less it is a park.

So now we await the recommendation of the BTG Committee to the City Council and the Council’s final decision. I believe the committee will see that there is a flag at the entrance to the park. It is prominent and meets the universal desire for an American flag at BTG.