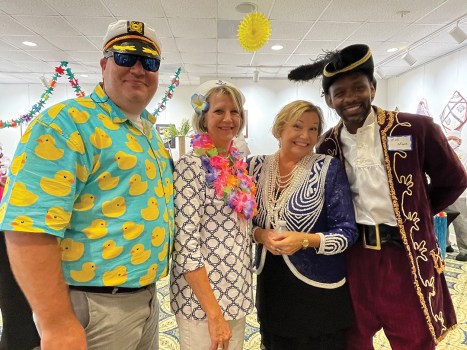 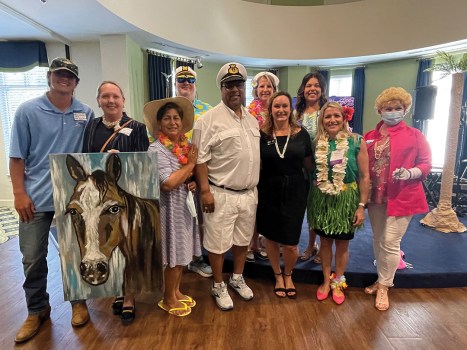 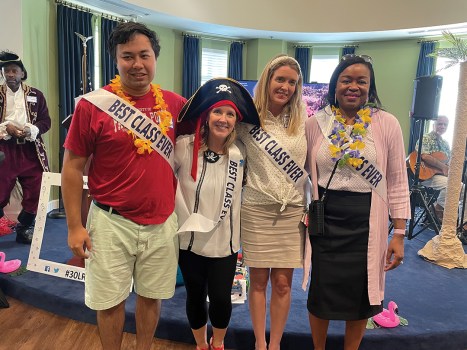 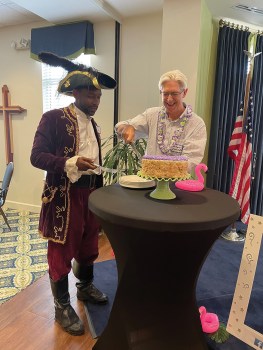 SALISBURY — The Rowan Chamber of Commerce held a Business After Hours celebration Tuesday night to kick off its new membership campaign and commemorate the 30th anniversary of Leadership Rowan.

Held at Trinity Oaks in Salisbury, chamber members dressed in nautical attire and pearls while recognizing three decades of the leadership classes.

The campaign will run through Sept. 16 to welcome new members to the chamber with prizes being awarded at the Chamber’s Sept. 19 board meeting for the team who recruit the most. Prizes will also be awarded to volunteers participating.

Rowan County’s employment levels have surpassed pre-pandemic levels and are now the highest they’ve been since 2008.

According to data from the U.S. Bureau of Labor Statistics, there were 64,849 Rowan County residents employed as of June 2022. The last month with a higher total than that was November 2008, before The Great Recession reached its peak.

The unemployment rate dipped as low as 3.2% in December, but has trickled back up to 4.1% as of June. That increased labor force will allow for continued growth as new jobs are created.

“Our core principles at the Rowan EDC are to reduce poverty, increase prosperity and improve quality of life, and this is more evidence that we are accomplishing that goal,” said Rod Crider, Rowan EDC President. “With many additional high-paying jobs coming into Rowan County in the upcoming years, we expect these trends to continue to improve.”

DENTON — Project Santa has received $2,500 from the Food Lion Feeds Charitable
Foundation to help feed neighbors in their time of need.

Project Santa will use the grant award to purchase and provide food to families and children in need of food during the coming months and through the Christmas season.

“Project Santa would like to thank The Food Lion Feeds Charitable Foundation for their
generous gift of $2,500,” said Keith Garner of Project Santa. “Project Santa feels very blessed to join Food Lion in their endeavors to feed the hungry neighbors in the local communities Food Lion and Project Santa serves. Because of Food Lion’s compassion and generosity, Project Santa has been able to provide food to many hungry children in Davidson and Eastern Rowan counties during the Christmas sSeason and throughout the year.”

Project Santa will use the Food Lion Feeds Foundation grant toward the purchase of
food from Food Lion, to feed those children and families in need in the local communities
of Davidson and Eastern Rowan counties. The food is distributed to those in need through
the Project Santa Food Pantry in Denton, which is open all year round.

This will be Project Santa’s 65th year of providing food to those less fortunate in local communities. Much of the food is distributed during the Christmas season in food boxes assembled by Food Lion store managers and other volunteers.

The Food Lion Feeds Charitable Foundation supports families facing food insecurity across its 10-state footprint. Established in 2001, the foundation provides financial support for programs and organizations dedicated to feeding local neighbors in the communities it serves. Since its inception, the foundation has awarded more than $15 million in grants.