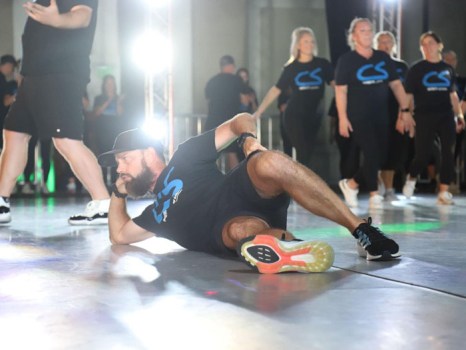 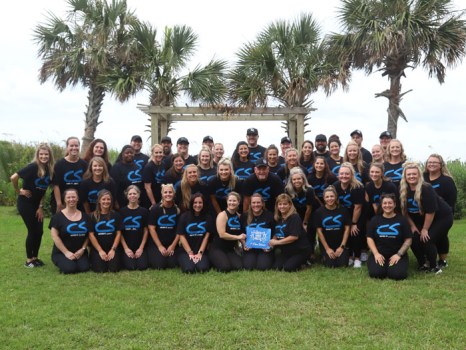 Upon returning home, the studio was notified that the Center Stage parent dance would be receiving a $4,140 donation for their first place win at the national event.

Directors at Main Street Mission were ecstatic over this gift. This donation will stock food on the shelves for those in need for about two months.

More than 80 Center Stage dancers won numerous awards at the event. The studio won the highest honor of the event, The Groove Award, for the studio that had the highest scoring top five 12-and-under routines and top five 13-and-over routines. This award came with a $1,000 cash prize.

Out of a possible 1,500 points for these numbers, the Center Stage dancers score 1,463.2 points to claim the overall award.

Center Stage’s Hester Grace Covington was selected as Dancer Of The Year for the junior division and Carsyn Stelmack was second runner-up. These dancers participated in competition for the five day event performing a solo twice, as well as auditioning for the judges during private master classes.

During the competition, the following Center Stage dances were awarded the Groove Perfection award for their performances meaning their routine was just shy of a perfect score: Bye Bye Blackbird, New York, Choreography and Holding On.