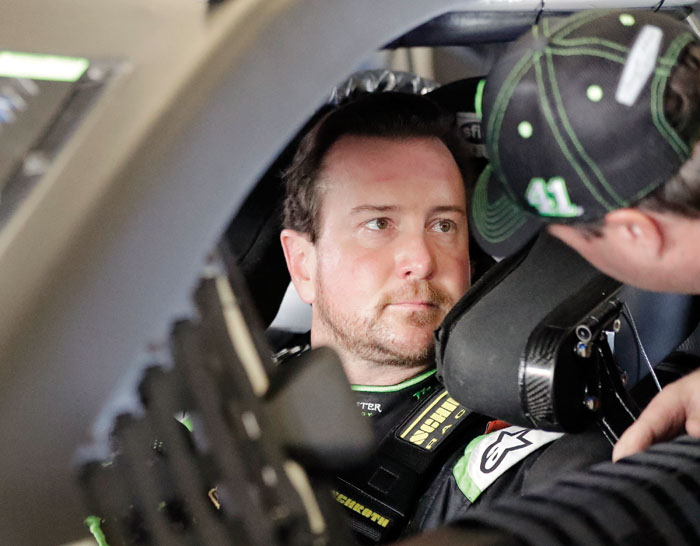 AP Auto Racing Writer
CHARLOTTE (AP) — Kurt Busch will miss his third consecutive race with concussion-like symptoms when he sits out Sunday at Michigan International Speedway. He said his vision and hearing “are still not 100% to drive.”

Busch was injured after crashing in qualifying on July 23 at Pocono Raceway. Ty Gibbs will replace him in the Toyota for 23XI Racing for his third drive in the No. 45.

“I am continuing to make improvements every day,” Busch posted on social media. “I know Ty will continue to do a great job representing 23XI and the No. 45 Monster Energy team this weekend in Michigan. I am working hard to get back to 100% and it’s my hope to be back in the car at Richmond Raceway. Thanks to everyone for the continued support and I look forward to being back on track soon.”

Busch later posted a video of him at Wednesday night’s Charlotte FC soccer game, where he said doctors had encouraged him to seek stimulation.

“Doctors said to get in loud, busy places,” Busch explained, “so I came to Charlotte FC.”

He was standing in front of fan section that was banging drums and chanting and as the video ended, Busch smiled, closed his eyes, and said “it’s starting to give me a headache.”

Gibbs finished 17th at Pocono and Indianapolis, but Michigan will be his first traditional oval in a Cup car. Busch has a waiver to hold his spot in NASCAR’s playoff field should he qualify. Headed into Sunday’s race at Michigan he does have a spot based on his May victory at Kansas.

He’d lose that spot on points based on how other drivers perform while Busch is out. There are four races remaining to set the playoff field.

“We’re looking forward to Kurt being back to 100% and on track,” 23XI said in a statement.