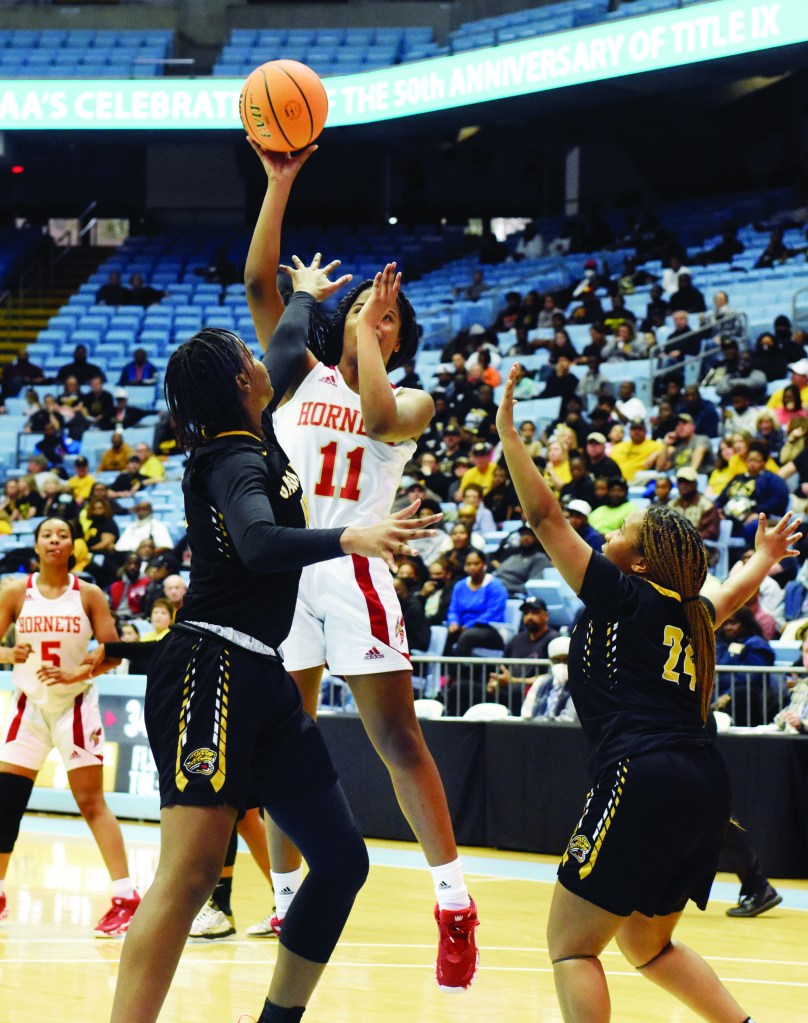 Salisbury guard Jayden “Juke” Harris has added an offer from Georgetown to a long list.

He has climbed in the rankings this summer and has 19 offers at last count.

Salisbury rising junior MaKayla Noble has seen her stock rise quite a bit this summer while playing for Lady Attack Elite.

She has an offer from Anderson and is getting attention from a lot of schools.

• Jamecia Huntley, who announced a transfer from Salisbury to 1of1 Prep Academy, also has stuffed the stat sheet for Lady Attack Elite.

There will be  several coaching changes at North Rowan for the upcoming school year.

Carson is planning a Midnight Madness football practice session for Aug. 5, starting at 11 p.m. and extending into Aug. 6 at 1 a.m.

It’s free and will include the band, cheerleders and the orange and blue crew.

Eva Shue was the winning pitcher and had four RBIs.

Frisco’s Owen White (Carson) is on the 7-day injured list.

Vance Honeycutt (Salisbury, UNC) has been shut down for the summer with a hamstring issue.

Honeycutt had planned to play in the Cape Cod Baseball League, but hurt the hamstring while participating in scrimmages stayed by Team USA in Cary.

Rogers plays for the Brunswick Surfin’ Turf. He hit .778 for the week with five doubles, a homer and six steals.

Norman Schenk was the Super Senior with a net of 64.52.

Golfers will have the opportunity to play a fun round of golf with friends, win awesome prizes, and most importantly, help the children at Nazareth Child & Family Connection with the 18th Annual Swing’n Fore Nazareth Golf Tournament on Aug. 29.

The tournament, played at Lexington Golf Club is one of Nazareth’s largest fundraisers.

Registration begins at 11 a.m. on Monday, Aug. 29, with lunch at noon and the tournament beginning at 1 p.m. with a shotgun start.

Sponsorships for the tournament are still available, ranging from $100 to $10,000 for title sponsorship.

Tough loss for Rowan County on Tuesday, falling to Pitt County in state tournament pool play on a three-run homer in the top of the 11th inning.

Blake Hill’s two-run homer in the first inning accounted for Rowan’s runs  in a 5-2 loss.

McCall Henderson had a double, while Matthew Connolly had a triple.

After an hour weather delay, Pitt County scored an unearned run in the seventh against Cole Johnson to tie it.

The length of the Rowan game put the two late games behind schedule.

Randolph County got started at 9:50 p.m. on Tuesday and finished shortly before midnight, but Post 45 took a surprisingly easy 6-0 win over defending champ Fuquay-Varina.

Randolph scored five runs in the third inning and cruised.

• In a 3-0 win against Georgia, Rowan scored all three runs in the first inning. Patterson’s double was the key hit.

Poole pitched the shutout and struck out five.