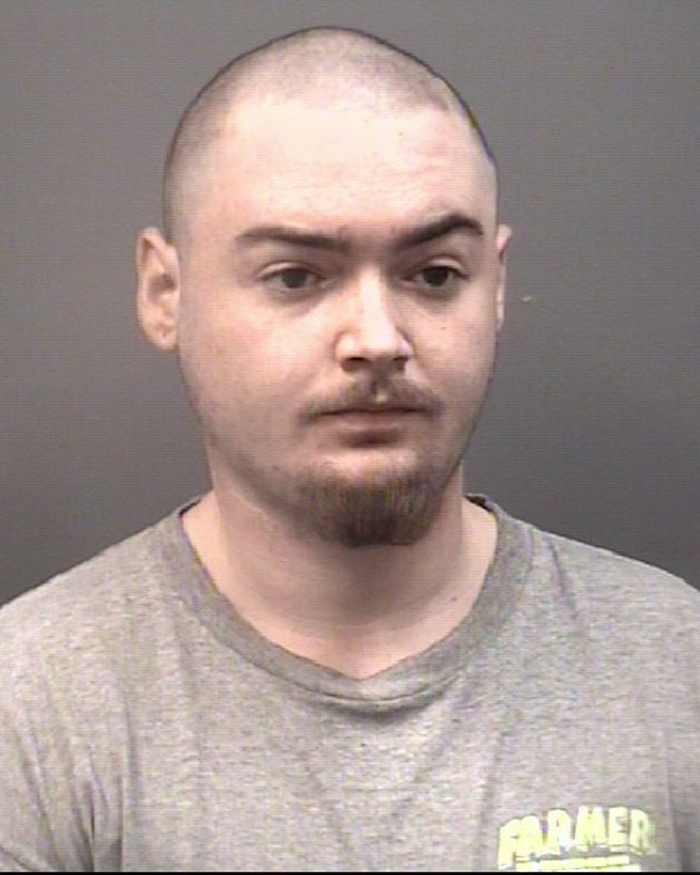 SALISBURY — A 22-year-old man is under arrest for felony assault on a law enforcement officer with a firearm after firing numerous shots at deputies who were wrapping up an arrest in a separate case.

Deputies with the Rowan County Sheriff’s Office had just completed an extensive search for and arrest of a 17-year-old man who was a suspect in numerous residential property break-ins in the area of U.S. 52. The Rockwell Police Department, the North Carolina Highway Patrol, and the Rockwell Rural Fire Department, utilizing both SHP helicopters and RRFD drones, assisted in the search for the suspect, and after that man was taken in to custody, and while a number of personnel from varying departments were still on the scene, numerous shots were fired by a passing motorist later identified as Michael Anthony Brown.

Deputies say Brown was driving a red Honda passenger vehicle on Gold Knob Road, and he began to fire a 9mm pistol toward deputies who were on Upper Palmer Road. Brown fired an estimated five to six rounds before trying to escape.

Two Rockwell firefighters called out a description of the vehicle to deputies and gave chase to Brown’s car before they lost sight of it near Sides Road. Rowan County patrol deputies, deputies with the Crime Reduction Unit (CRU), and officers from the Rockwell Police Department spread out in the area in an attempt to locate Brown’s car.

A CRU deputy did locate Brown traveling on Sides Road, back towards U.S. 52. That deputy turned around and was able to stop the car, and Brown was arrested without incident. Deputies say Brown was wearing an empty leather pistol holster when he was arrested.

Brown allegedly told deputies he was simply shooting into the ground as he was driving down Gold Knob Road, and not at officers on the scene.

Two firearms were located in Brown’s vehicle along with numerous empty and live rounds strewn throughout the car.

Brown was charged with four counts of felony assault on law enforcement with a firearm and held on a $250,000 secured bond. Deputies said the investigation is ongoing and there is the possibility of additional charges.