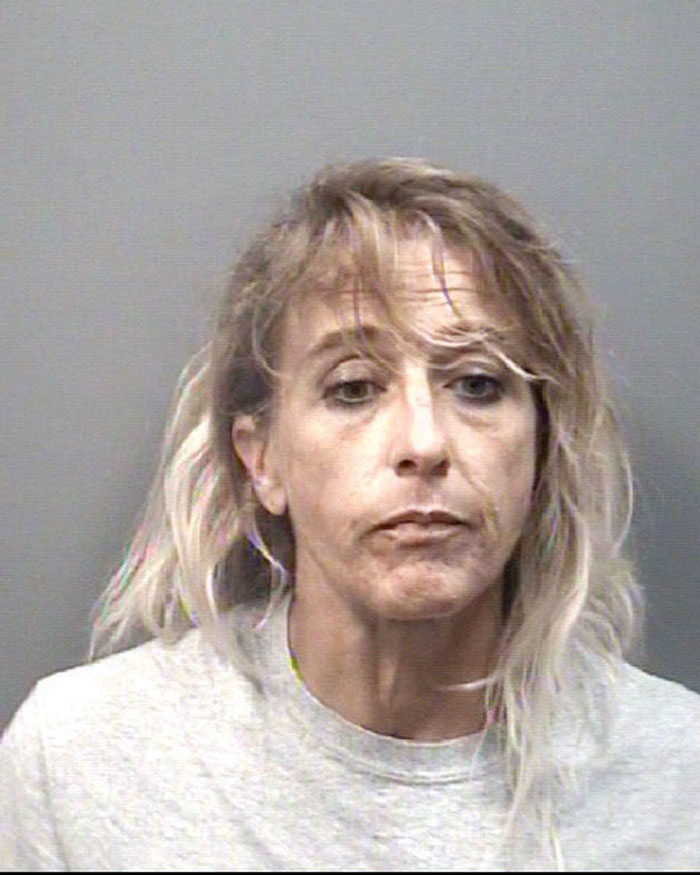 GOLD HILL — A 49-year-old woman allegedly tried to burn down a home on Fraley Acres Lane in Gold Hill Friday morning, but deputies investigating the incident say they eventually discovered she had the wrong address.

Rowan County Sheriff’s Office responded to a report of attempted arson just before 7:30 a.m. Friday when a woman called to say a woman neither she nor her husband knew was outside trying to set their house on fire.

Reports say that the victims’ neighbor called and woke the wife of the couple who live in the home just after 7 a.m., saying they could see a woman on their porch who looked like she was trying to set the porch on fire. The wife woke her husband, who then went downstairs to investigate. He saw a pile of wood on the front porch that was, indeed, on fire. Initially he attempted to get enough water from the kitchen sink to put the fire out, but when that did not work, he called his wife to bring the fire extinguisher while he went to the back yard to get the hose.

When he got to the back yard, he saw that someone had piled wood around his propane tank and it was on fire. He then tried to turn on the hose, but told deputies only a trickle of water came out. The man said he keeps a spray bottle of water sealant nearby for use on the above-ground pool they own, and he realized someone had used that sealant on the hose to prevent water from getting out.

At that point, the man realized the fires were intentional, and while his wife called 911, he went in the house and retrieved his rifle. Reports say the man then spotted an unknown car that appeared to be parked across his driveway, blocking access to the house. Beside the car, he could see a person, though initially he could not tell if it was a man or a woman, but he did see that the person had one of his dogs on a leash, and his other dog was roaming freely nearby.

He approached the person, who turned out to be a woman, and asked her what she was doing. He told deputies “she looked at me like she didn’t know who I was,” and she mumbled something that he could not understand. He said he tried to keep her from leaving when they heard sirens approaching, but she got in the car and used the vehicle to push him out of her way.

Deputies determined the woman lives in Stanly County and contacted deputies there, and they were able to arrest Christie Louise Jones of Richfield without incident. Jones was charged with first-degree arson, assault with a deadly weapon and larceny of a canine, and deputies said additional charges could be forthcoming. She was held on a $101,500 bond.

Deputies said it appeared Jones’ ex-boyfriend does indeed own property in the area, but not at the address where she reportedly tried to set the fire.