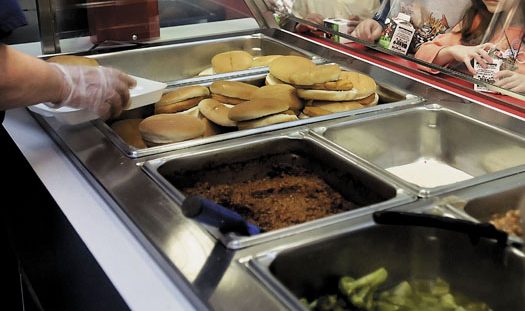 School nutrition officials are disheartened by the loss of free lunches for all students. File photo by Wayne Hinshaw, Salisbury Post

SALISBURY – The Keep Kids Fed Act worked its way through Congress with bipartisan support and was signed into law, but the impact of the bill signed by President Joe Biden last month will not feed any more students in Rowan-Salisbury Schools for free.

RSS has 10 schools that qualify for free meals for all students and the district has adopted universal free breakfast as well, but the federal waivers that allowed every student in the district to eat free have lapsed and there is no indication that policy will be coming back.

“It is limited,” RSS Nutrition Director Lisa Altmann said, noting some states are looking for the money to continue free meals in their public schools.

When asked if the law would extend meals to any more kids in the district than pre-pandemic, Altmann gave a resounding “no.” She has advocated for universal meals as part of a child’s basic education.

“It’s disheartening,” Altmann said. “I was really hoping that in the 11th hour they would come through and continue to give all students universal meals. I just think it’s the right thing to do for the entire country, actually. They can’t learn if they can’t think. They can’t think if they’re hungry.”

Altmann said she expects to see a decrease in meal participation with the universal program gone and the situation is not ideal.

The Post previously reported schools would most likely be forced to return to paid meals after universal meal waivers were left out of a spending bill in March.

The district will also get to keep flexibility with meal patterns. Both those provisions from the bill are related to pandemic problems that are sticking around: rising costs and supply chain issues. Nutrition Budget Specialist Meredith Honeycutt said the department has not received reimbursement rates for the coming school year yet, but it received rates on July 19 last year.

The district can adjust meal times as well, but otherwise school nutrition is back to business as usual after more than two years.

But families have relied on free meals from when schools were initially ordered to close in March of 2020 and through most of the pandemic. Because those waivers have lapsed, RSS is required to get back to business as usual, meaning students will have to apply for free or reduced cost meals if they do not attend one of those 10 schools, and they will have to pay otherwise.