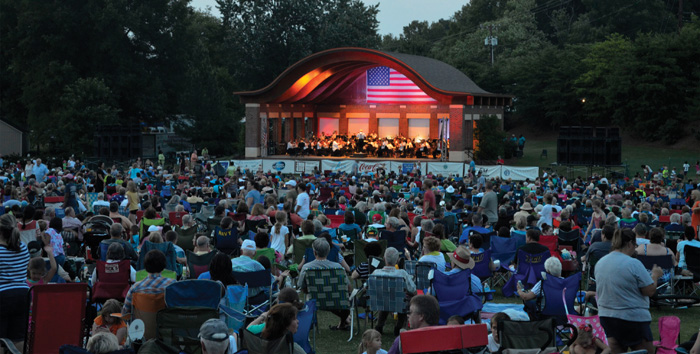 Village Park in Kannapolis will be hosting two different concerts this weekend.

KANNAPOLIS  — Plans for a concert on Friday evening in Kannapolis have changed after award-winning country music singer Sammy Kershaw was recently diagnosed with COVID-19.

Kershaw’s concert had been rescheduled following a prior cancellation in May during the Jiggy with the Piggy Festival due to severe weather in the area.

Kannapolis officials have since announced that Aaron Tippin will take Kershaw’s spot in the lineup as he continues to celebrate his 25th anniversary as a country music star.

Red Dirt Revival will open for Tippin, kicking off the concert at 7 p.m. and visitors can begin coming out to the venue even earlier as free shuttles will be available at public parking locations around the area beginning at 5 p.m. and operating until 11 p.m.

In addition to Friday’s concert, there will also be a performance on Saturday evening at Village Park including an opening act from Ryan Perry followed by Tracy Lawrence as the headliner.

Food and drinks from vendors including Chil-Fil-A and Lil’ Donut Express will be available for purchase at both events. Attendees are also welcome to bring their own coolers as long as they don’t contain alcoholic beverages.

More information about the concerts can be found online at www.Kannapolisnc.gov/Calendar.