Farmers Day: What makes local farms so great? The secret’s in the soil! 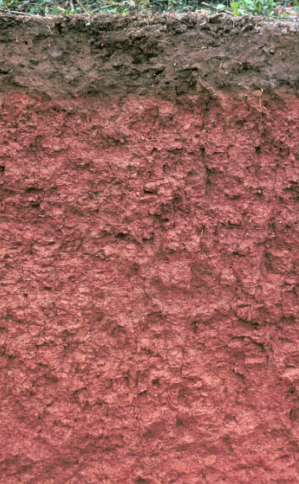 CHINA GROVE — Ever take a bite out of a locally grown strawberry or peach and wonder why it tastes so much better than the alternative you’d find at the grocery store?

It turns out, this isn’t just some home-grown bias but actually the result of a wealth of factors related specifically to the environment found in Rowan County.

One of the most impactful of these factors is the soil, which fits the Cecil soil profile and, according to the Amy-Lynn Albertson, Extension director for Rowan County, this is “one of the best soils for farming in the Piedmont of North Carolina.”

This fertile soil has been named the official state soil of North Carolina, according to the Soil Science Society of America. It’s no wonder the state takes such pride in their dirt considering all of the benefits it lends to farming and agriculture in general.

One of the primary features of this soil is how well it can be drained, allowing crops to thrive without becoming flooded while also including an amount of clay that stabilizes the ground for these plants as they grow.

This sloping soil has a yellow-red sandy clay loam and formed over time on igneous and metamorphic rock in particular.

The depth of the soil also allows farmers like those found in China Grove and around Rowan County as a whole to plant crops that can grow deep into the ground and survive for generations.

In addition to this, the versatility and adaptability of Cecil soil is the primary reason why anyone traveling through China Grove can find countless different crops all being grown on the very same farm.

Next time you’re out shopping for some fresh produce or admiring the acres and acres of rolling soybean crops along the side of the road, remember that none of these things would be possible were it not for the soil beneath them.

China Grove is home to some of the best farming in North Carolina and if you ask anyone in the know, the secret’s in the soil!