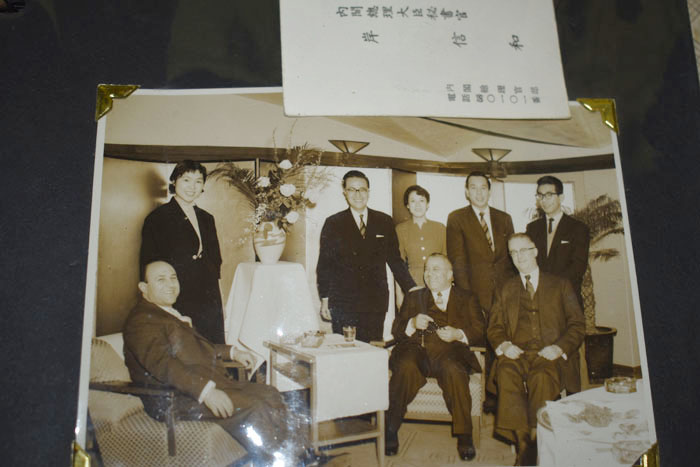 submitted photo Yoshiko Otey, second from left, poses for a photo with dignitaries sometime between 1958-60.

Abe, who became prime minister himself in 2006, was assassinated in Japan on Friday, July 8, while giving a campaign speech. Abe was prime minister of Japan and president of the Liberal Democratic Party from 2006 to 2007 and from 2012 to 2020. He was the longest-serving prime minister in Japan, which has some of the strictest gun laws in the world.

“I was shocked…it’s unbelievable…it should not happened in Japan,” Otey said when she heard of the shooting. “Guns almost do not exist in Japan. It did not seem possible.” 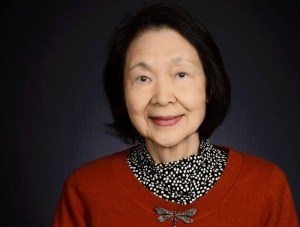 Otey said she worked indirectly for Abe’s grandfather for two years, from 1958-60, before getting married and moving to the United States.

When she was hired, it was inconceivable that a woman would be permitted to work directly for the prime minister, so she was hired as a personal assistant to one of three male secretaries who worked directly for him. She said one of the keenest memories she had working for the foreign affairs secretary was the day he asked her to come to the Imperial Hotel with a briefcase.

“When I came in, in the hallway there was a door to the lounge, and I could see three dignitaries inside, and my boss told me to take the briefcase to them,” she said. “When I came out, I could see my boss behind the door, where the dignitaries could not see him, and he was sweating a lot.” She suspected what she had just delivered was not above-board.

She also said one year she was responsible for sending out Christmas cards with the official stamp of the prime minister, and on her list were President Dwight Eisenhower, Prime Minister Winston Churchill and Germany’s chancellor. In a sneak move that she said could have resulting in her immediate firing, she included a card to her then-fiance, Fleming Otey, who was still actively in the military at the time.

She met her husband, a now-retired VA chaplain previously stationed in Norfolk, Virginia, before being transferred to Salisbury, when the two were on the same train in Tokyo.

“The train stopped and they told us we had to move to another train across the tracks, and he was standing there on the first train, alone, until they pantomimed to him that he had to cross,” she said. “I was tall so my head was above everyone else’s, so he asked me about how to get somewhere. He was trying to use the Japanese language he had learned, but I could not understand anything he was saying. And that was how we met.”

The couple married in Tokyo in 1960, then moved to Virginia, where she went to work for the Department of Defense in the finance and accounting department for 14 years.

Otey said she kept in touch for a time with one other woman who worked in a similar position, but over time, the communication fell off. She said her sister used to keep her informed of all the news in Japan, but since her sister died, she has little information.

Still, Abe’s killing left her reeling, though she doubts if there was any way to prevent what happened.

“You wonder if they could have protected him more, but in Japan, there was no thinking that might happen,” she said, noting that nothing like it has happened in the last 60 years. “I grew up through World War II, but since that time, nothing like this.”