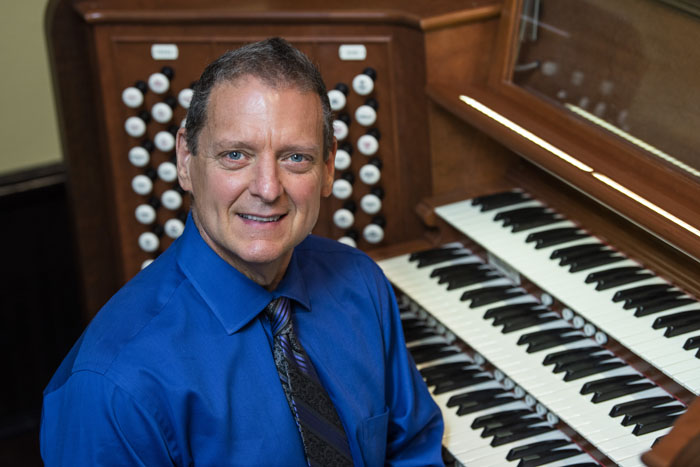 SALISBURY — After a nine-month national search, St. Luke’s Episcopal Church has hired Stephen Williams as the parish’s next director of music ministries. His first Sunday at St. Luke’s was July 3.

The search committee was impressed by Williams’ exceptional musical skill, his commitment to programming diverse music for worship and his warm and engaging personality and teaching style.

Williams grew up in Swansea, S.C., with what he describes as “a very musical family.” A desire to “put musical ambitions and skills to the ultimate test” took him to Brevard College, Westminster Choir College, The Juilliard School and West Chester University.

Most recently, Williams served as canon for music and the performing arts at Cathedral Church of the Nativity in Bethlehem, Pennsylvania, and artist in residence organ instructor at Moravian University. Before that, he served many years at St. John’s Lutheran Church in downtown Allentown, Pennsylvania, and concurrently as chapel musician and organ instructor at Muhlenberg College.

As an organ soloist and accompanist/collaborator, he has played in France, England, The Netherlands, Canada and the United States with favorite recitals at St. John the Divine and Alice Tully Hall in N.Y., Rouen Cathedral and The American Cathedral in Paris, Bristol, Wells, Salisbury, and Exeter Cathedral in England, The Crystal Cathedral (now Christ Cathedral), and St. Phillip’s in Atlanta. Special projects to his credit include performing the complete organ works of J.S. Bach (four times), the six organ symphonies of Louis Vierne, the complete organ works of Johannes Brahms, and the 2014 CD Platinum (Raven label).

Williams’ duties at St. Luke’s Episcopal Salisbury will include directing the parish choir, the evensong choir, the Canterbury ringers (handbell choir), the children’s choirs and serving as organist for liturgies.

“I’m really looking forward to sharing, learning and offering great music right along with you, simple to complex, ancient to modern, intriguing to invigorating, and a lot of in-between,” Williams wrote in a message to the congregation. “I am delighted and honored to have been chosen to be staff musician for the congregational family that is St. Luke’s and its gifted musicians!”

Sunday worship at St. Luke’s is at 8 a.m. (no music) and 10:30 a.m., with choral evensong on the last Sunday of every month at 5:30 p.m. The church is located in downtown Salisbury at 131 W. Council St. More details may be found at www.SLS.church.