SALISBURY — Gov. Roy Cooper announced the recipients of the North Carolina Film and Entertainment Grant on Thursday and they include Hallmark’s “To Her with Love” that is being filmed in Rowan County.

These projects are expected to produce direct in-state spending of $107 million while creating more than 4,900 job opportunities in the state.

“To Her with Love” is approved for a grant of $975,000 for filming scheduled in and around Rowan and Mecklenburg counties. The made-for-tv/streaming movie will tell the story of a young teacher who secures a job at her former high school and is given free rein to design and head up the arts program. Though she is still hoping to win a grant to teach in London the following year, the kids at the school win her over, and all her future plans suddenly come into question as program funding may be cut by the school board.

“Following an amazing 2021, which saw productions spend more than $416 million in North Carolina, we are excited to see the momentum continue with these projects in 2022,” said North Carolina Film Office Director Guy Gaster. “Our industry continues to grow and we expect 2022 to be another successful year, resulting in well-paying job opportunities for film professionals in our state as well as millions of dollars being spent with local businesses and suppliers.”

The North Carolina Film and Entertainment Grant provides financial assistance to attract feature film and television productions that will stimulate economic activity and create jobs in the state. Production companies receive no money up front and must meet direct in-state spending requirements to qualify for grant funds, which are paid out following the completion of the project and a successful audit. The program is administered by the N.C. Department of Commerce and promoted by the North Carolina Film Office, part of VisitNC and the Economic Development Partnership of North Carolina. 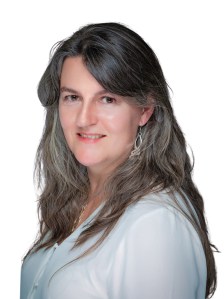 Ester is an international professional who moved from her homeland of Holland to the United States. She has lived in five countries, 16 towns and 24 homes. Four years ago, she became a realtor in New Orleans.

She said her entry into the real estate industry has been a great way for her to get to know people and to learn about the areas. Having recently moved to Salisbury, Wensink enjoys biking and exploring different parts of the country with her husband, who is originally from Salisbury. Next on her travel wishlist is Minnesota, where her son lives. In addition, she is interested in native gardening and combining historic preservation with sustainability.