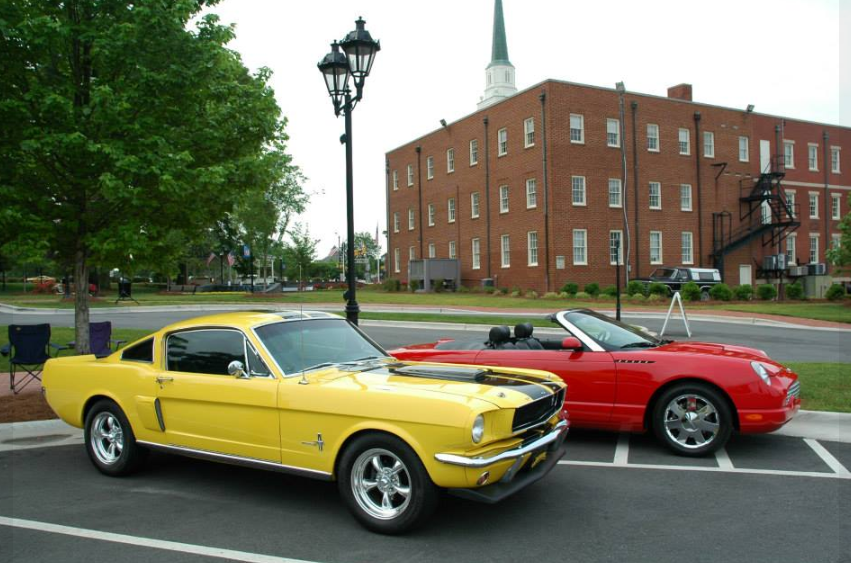 KANNAPOLIS — The East Coast Cruisers are known for a lot of activities whenever they hold a “cruise-in.”

Throngs of people, refurbished and restored vehicles, and vendors from far and wide are always part of the event, often accompanied by live music.

One thing that the Kannapolis chapter of the group emphasizes, though, is the importance of giving back.

Art Keylin is a leading organizer of the Kannapolis Cruise-In and a past president of the East Coast Cruisers, and he explained that proceeds from the many vendors and merchandise sales go directly to the Shriners Hospitals for Children.

That can end up being quite a sizable donation with the crowds that the cruise-in has come to expect when they hold the event (weather permitting) on the second Saturday of the month from 1- 6 p.m.

The event itself has been going on for years, according to Keylin, and now involves the Downtown Loop between city hall and the North Carolina Research Campus.

While the cruise itself is limited to that short stretch of road, the event is still a sight to see as people bring cars from across the state and even the region.

Keylin said that anyone is welcome to visit and bring their vehicle so long as it is a “car you’re proud of.”

Even those who may not have their own car to show off can come and enjoy learning more about how these vehicles have been maintained and, in some cases, rebuilt and restored.

The East Coast Cruisers have organized these cruise-ins since 1978, and Keylin said they have enjoyed the connections they have made with the community during their Kannapolis events. Their efforts to combine an appreciation for classic cars with a focus on charitable causes has had an impact on people across the state as a result.

For more information about the upcoming cruise-in, check the group’s Facebook page at www.Facebook.com/EastCoastCruiser.