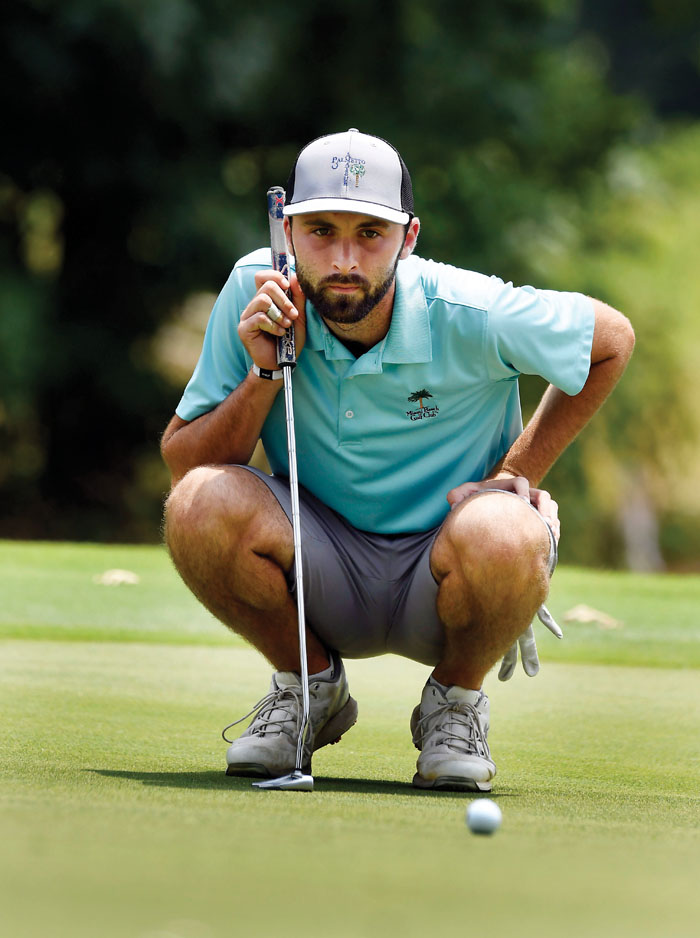 Nick Lyerly lines up a putt earlier in the Rowan Masters Tournament. File photo by Wayne Hinshaw, for the Salisbury Post

Lyerly was one of 32 in a field of 120 who qualified for match play after two rounds of stroke play.

Seeded 21st for match play, Lyerly won matches against the 12, 5 and 13 seeds to reach the semifinals.

Lyerly never had the lead in his semifinal match against 16th-seeded Luke Clanton, a Florida State recruit, and lost 4 and 3.

Clanton built a 4-up lead through 13 holes. Lyerly won the 14th, but Clanton took the 15th and closed out Lyerly by making a 10-foot putt.

Lyerly was the only North Carolina native to make the Final Four.

In a 2 and 1 weather-delayed quarterfinal win against Ben Woodruff on Saturday morning, Lyerly took charge by winning 7, 10 and 12 with birdies.

Lyerly won 1-up on the 18th green in a tight match in the Round of 16. Lyerly came back after being down a hole at the turn.