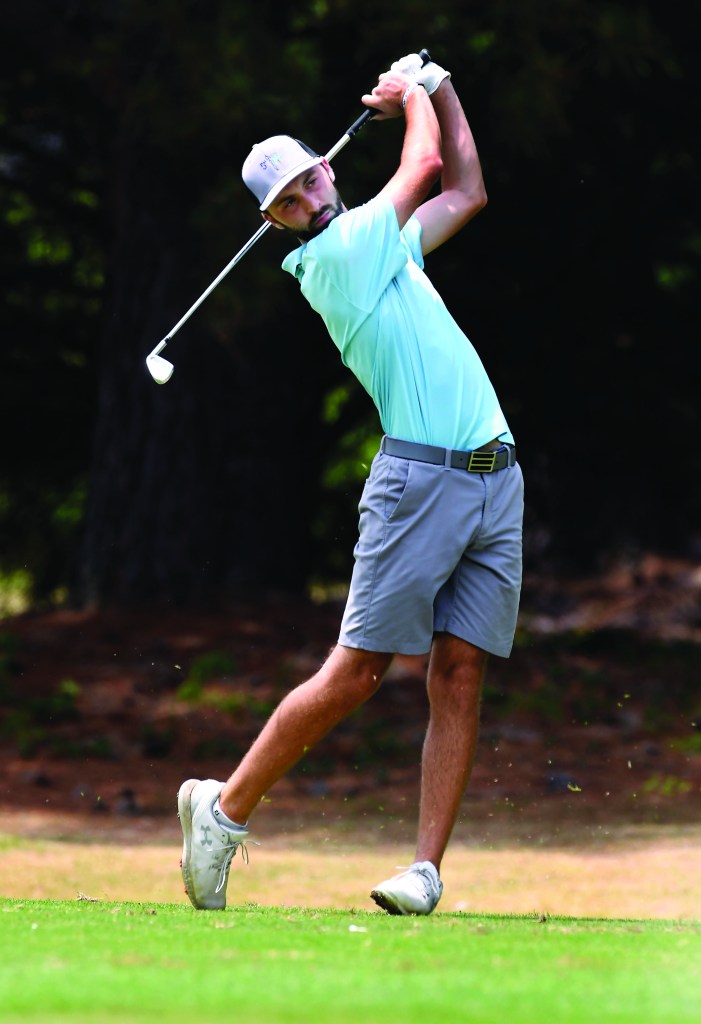 Nick Lyerly tees off with and iron in the Rowan Masters Tournament. photo by Wayne Hinshaw, for the Salisbury Post

PINEHURST — Weather issues stopped Nick Lyerly on Friday, but no humans have so far.

Lyerly, the former East Rowan standout, current UNC Greensboro star and reigning champion of the Rowan Masters and Rowan Amateur, shot 68-71 on two Pinehurst courses in stoke-play qualifying on Tuesday and Wednesday in the Men’s North & South Amateur Championship and was one of 32 golfers out of a field of 120 to advance to match play.

Lyerly tied for 16th and was seeded 21st for match play.

He accounted for one of the few upsets in Thursday’s Round of 32, building a five-shot lead with a string of early birdies and holding on for a 2 and 1 win over the No. 12 seed.

Lyerly won again early Friday in the Round of 16, taking a 1-up victory.

He won the first hole in the Friday afternoon’s quarterfinals before weather brought activity to a stop.

The semifinals will be played on Saturday afternoon. The championship match is set for Sunday morning.