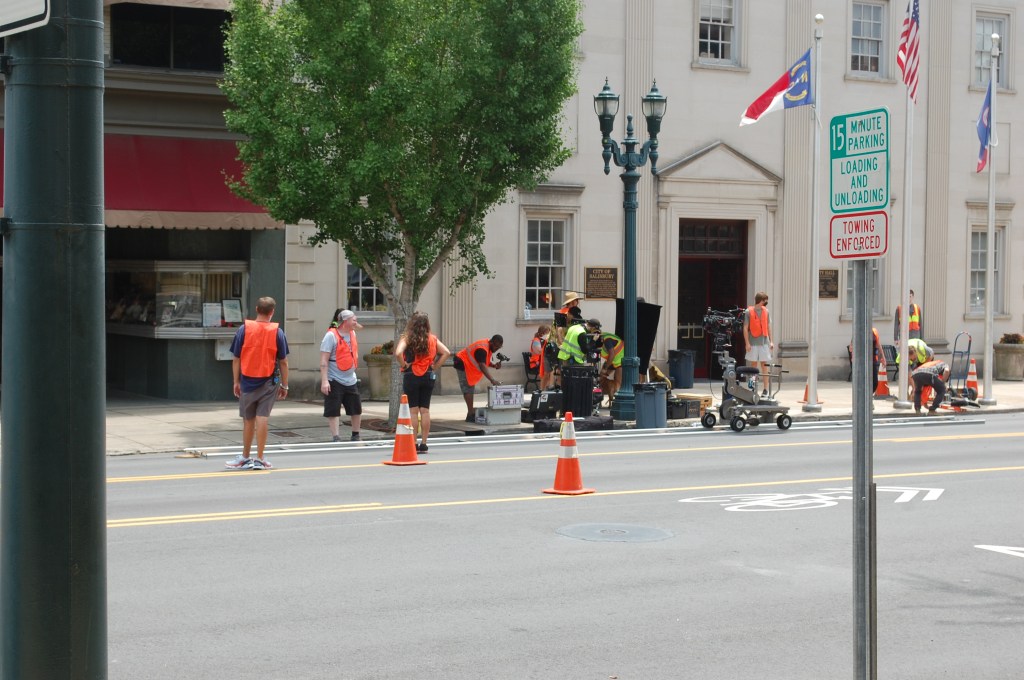 "To Her, With Love" begins filming in front of Salisbury City hall

SALISBURY — Salisbury looked a little bit like Tinseltown at first glance on Wednesday afternoon for people who happened to be passing through the city.

The production of “To Her, With Love” an upcoming Hallmark movie, was underway from 1-7 p.m. and directors, producers and actors alike could be seen working and mingling with the public on streets and sidewalks throughout the community.

Hallmark has yet to release the names of the actors who have been cast for the film, the date it is expected to air, or the plot for the movie but that didn’t stop passersby from stopping to watch the production and speculating if a movie star or two may be staying in town.

While no celebrities were spotted on Wednesday, shooting took place on West Horah and South Main streets, with crews blocking off portions of roads so that they could set up their equipment.

Moving forward, filming will continue to take place from Thursday through Saturday, closing down roads on the 400 block of South Fulton Street from West Monroe to West Horah streets and the 300 block of West Horah from South Fulton to South Jackson streets.

The city has noted that detour signage will remain in place to prevent any traffic issues on these roads.

They have asked the public to go to www.Salisburync.gov/Film to stay up-to-date on the latest information about the filming.