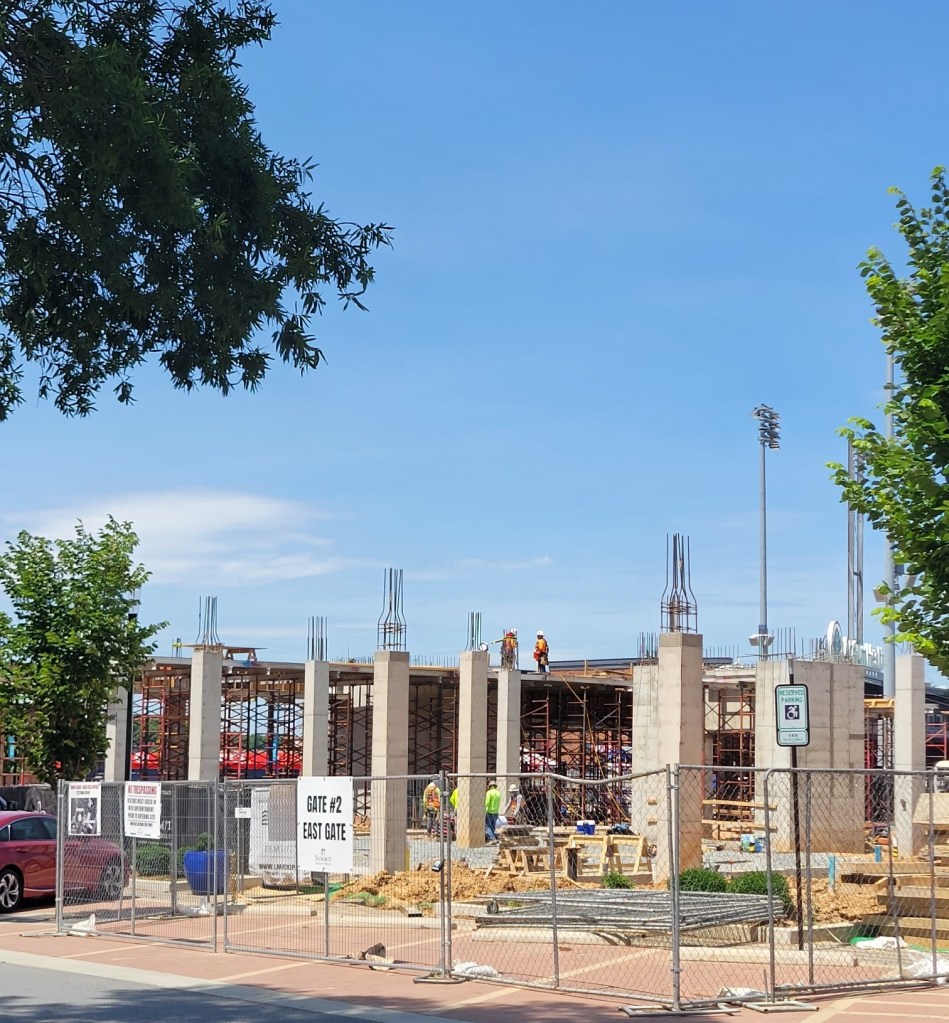 Construction continues on the Stadium Lofts in Kannapolis (City of Kannapolis)

KANNAPOLIS — Private investment continues to stream into the Kannapolis community as new projects and developments are being introduced.

Stadium Lofts are also underway on West Avenue and will have a restaurant, Towel City Tavern, on the first floor.

The Kannapolis Cannon Ballers offices and an expanded team store will be on-site as well.  The structure will also have apartments that overlook Atrium Health Ballpark, which developers plan to open in late 2023.

The former Swanee Theatre is being converted to a live music venue with current plans calling for it to open this fall.

Three major projects along I-85 are also coming together. Metro 63 on Lane Street off I-85 is being constructed by the Trammell Crow Company, which is completing the new 755,928 square foot Class A facility.

Lakeshore Corporate Park is also being built on the site of the former Intimidators Stadium, with construction set to start this summer and the expectation of a company moving in within the next two years.

Water and sewer infrastructure is almost complete for the Kannapolis Crossing development at Exit 65 and will include houses, restaurants, businesses and offices.