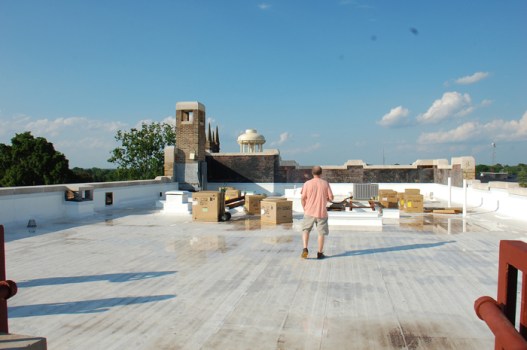 The roof the historic building will have a shared space for rooftop relaxation when complete. 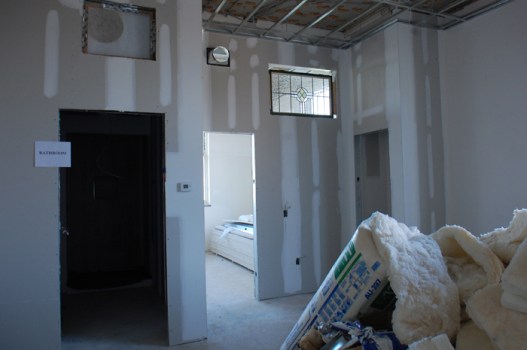 This stained glass window was original to the building and represent how Barnhardt is incorporating some of the original design elements into the renovations. 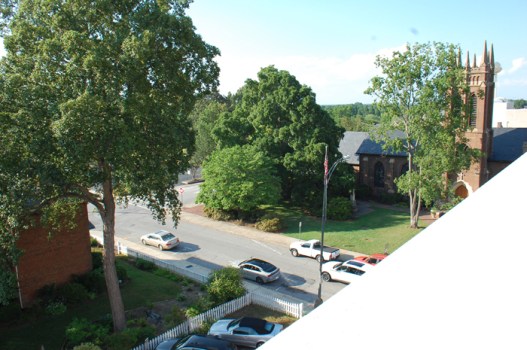 The view over the side of the roof down onto the yard of St. Luke's Church. Elisabeth Strillacci/Salisbury Post 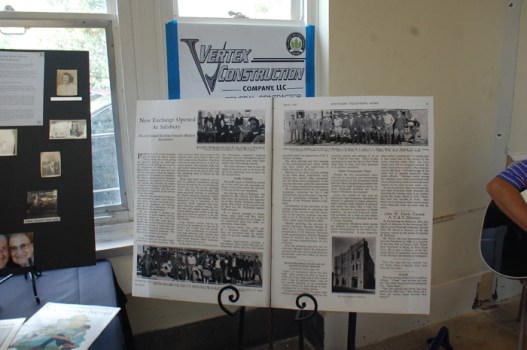 The news article on the original opening of the Switchboard 11 of Southern Bell in the 1920s. Elisabeth Strillacci/Salisbury Post 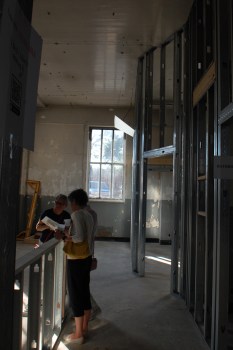 Apartments in the building are still under construction but visitors to the open house were able to walk through the partially completed units and see the layout, window views and light coming in. Elisabeth Strillacci/Salisbury Post 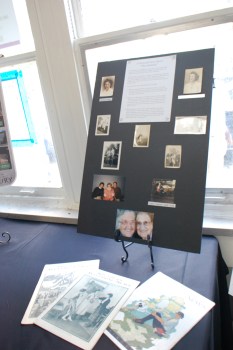 John Barnhardt's tribute to his grandmother who was a switchboard operator for Southern Bell in the 1940s and instilled a love of the historic building in him. Elisabeth Strillacci/Salisbury Post

SALISBURY — The Historic Salisbury Foundation welcomed the return of the History on Tap (H.O.T.) series Thursday when more than 300 people toured the former Southern Bell building on West Council Street.

The series, in its eighth year, entails an open house at a historic building or structure the fourth or last Thursday of June, July and August. Attendees sample cold beer from New Sarum while getting an insider’s view of some of the city’s historic spots.

The first tour site of the summer, The Salisbury, is currently in the midst of renovation into 12 apartments from the former Southern Bell phone company building. Constructed in the late 1920s, the three-story building at 121 W. Council St. had not been touched since 1985, but Josh Barnhardt, who had been hearing the stories of the building’s former glory from his grandmother, Edith Thompson, saw more than a little worth salvaging. Thompson was a switchboard operator at Southern Bell starting in the 1940s, and would often regale her family with stories from her time in the beautiful art deco building.

With the renovations, all the essentials, such as electrical, plumbing and flooring are new, but the architectural details that set the building apart remain. Six apartments are one-bedroom units and six have two bedrooms. The historic outside of the building along with numerous interior details are being restored or maintained, making it an ideal stop on the summer tour.

“Whitney Wallace was the instigator of History on Tap in the beginning,” noted Sherry Beck of the Historic Salisbury Foundation. “One of our goals as an organization is to become more diverse in our events, reaching out and bringing in families and the wider community. And we take a lot of pride in finding locations that show off some of our local historic structures and learn about the history of our town.”

Renovation of The Salisbury, as it was originally named, began on the third floor and the first tenants were originally scheduled to move in June 1, but as with nearly all ongoing construction right now, delivery of materials, along with a few other issues, have caused delays.

Jimmy and Linda Thompson, who have lived in Rowan County all of their lives, will be two of the first tenants, having signed a lease on the first apartment at the top of the stairs on the third floor. Their living room windows look out on the front lawn of St. Luke’s Episcopal Church, which Jimmy said was just what he wanted.

“He absolutely loves this view,” Linda said. The couple currently live on High Rock Lake in Davidson County, but have missed living downtown, where they can walk to everything. They were the first people to purchase a unit in the Kress Building, and Linda said living there taught them everything they did — and did not — want in moving back downtown.

“We wanted a place to park, and an outdoor space of some kind,” she said. The Salisbury will have a rooftop community gathering space, and a designated parking lot just beside the building. “It hit all the things we wanted.” She said they anticipate in four to five years, they will sell the lake house and live solely in the Salisbury. She was chatting with friends during the open house about decorating in art deco style to coordinate the decor in communal areas and to work with the style of the building, though she said she is trying to be patient as the new move-in  date of Sept. 1.

Kimberly Steig of Historic Salisbury said the next open house is scheduled for July 28 at The Old Textile Products Building at 121 N. Main St., and is nearly full already, so anyone interested should register quickly. Free registration is available from the website at HistoricSalisbury.org.

“We have quite a few people who have figured out that we fill up fast and they’ve gone ahead and registered for all three,” she said. “We didn’t quite anticipate how fast this would fill, but we’re certainly thrilled that so many people are coming out!”