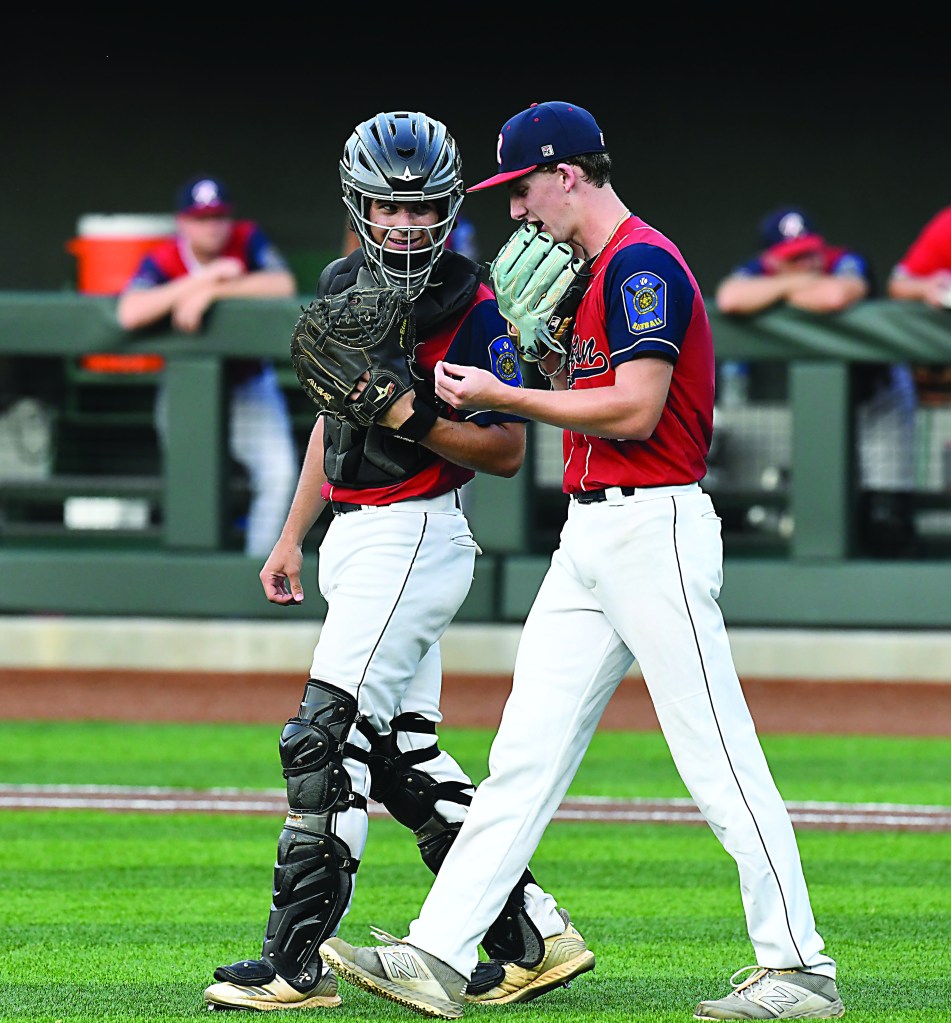 SALISBURY — Rowan County left-hander Casey Gouge allowed a first-inning solo homer, but it was just a reminder to bear down, not a sign of trouble ahead.

Gouge mowed down Morgantown batters for six innings, and Rowan County eventually pulled away for a 13-2 victory at Newman Park on Friday night.

Gouge, a Catawba College recruit, raised his record to 6-0 and was in control against Morgantown Post 2, a perennial power which has won 13 state championships in West Virginia.

Blake Hill’s double set up a two-run second inning, as Rowan took the lead. Hill extended a 13-game hitting streak. A run scored on an infield out before Luke Graham singled one home,

Aiden Schenck powered a no-doubter homer over the right-field wall in the fifth to make it 5-1. It was one of three hits by Schenck and his second homer of the summer.

Morgantown stayed in the game and was down 5-2 heading to the bottom of the sixth. That’s when Rowan batted around and demolished the visitors with an eight-run outburst. McCall Henderson and Jackson Deal socked long doubles in the inning. Rowan put together six hits in the inning, and the visitors contributed several walks and HBPs.

Cole Johnson pitched the seventh, as Rowan finished off its fourth straight victory.

Rowan plays twice at Newman Park on Saturday — Davidson County in a non-league game at 2 p.m. and at 7 p.m, St. Mary’s, a Maryland team that was state and regional champion in 2021.