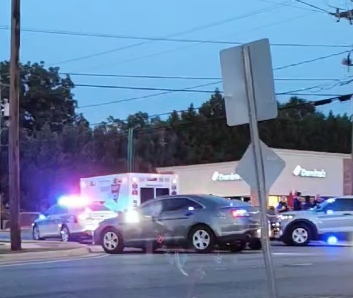 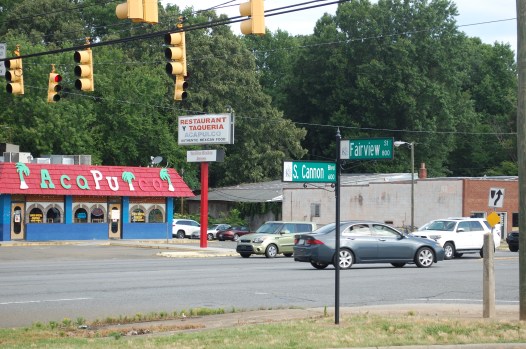 Intersection where the shooting occurred

KANNAPOLIS — Kannapolis Police are searching for a suspect or suspects after a shooting death occurred on Wednesday evening.

Police officers arrived at the parking lot of a Domino’s Pizza at the intersection of Fairview Street and South Cannon Boulevard after receiving several 911 calls about a shooting in the area at 7:30 p.m.

Upon arrival, medical personnel attempted to save the victim, Kenon Jones, but the victim died at the scene. Jones, 26, was a resident of Kannapolis according to police.

Christopher Saunders, also a Kannapolis resident, has family living right around the corner from where the shooting occurred.

Saunders was leaving his job and on his way home when he passed the scene. He described seeing around 20 different law enforcement and emergency services vehicles from around the region in front of the Domino’s parking lot and along South Cannon Boulevard.

For Saunders and other residents of Kannapolis, the worry now shifts to the prospect that one or more suspects involved in the shooting are on the run and potentially still in the community.

‘Violence and crime are rising in Kannapolis and people are concerned’, explained Saunders as he recounted his own issues with even following up on the status of police reports in the community.

As of Thursday afternoon, no further information or descriptions about the suspects have been provided by law enforcement.

If you have information about this incident, contact the Kannapolis Police Department at 704-920-4000. To remain anonymous and qualify for a reward you can contact Cabarrus Area Crime Stoppers at https://cabarruscrimestoppers.com/submit-a-tip/ or 704-93CRIME.