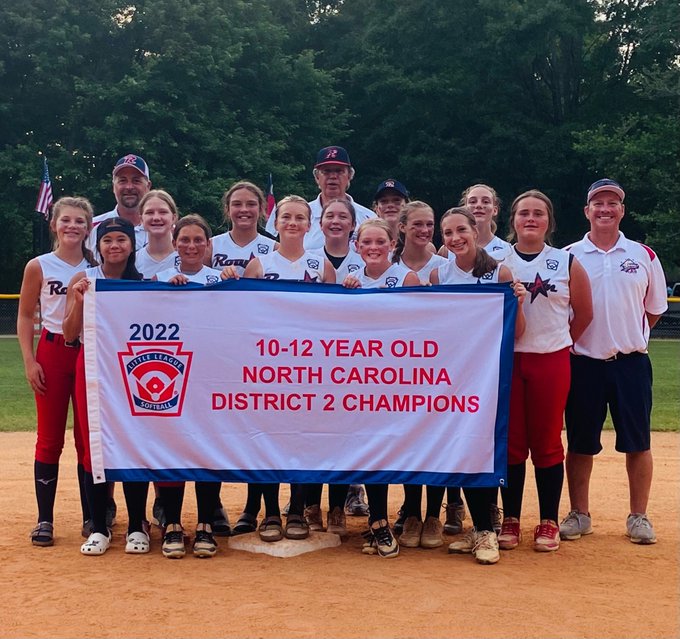 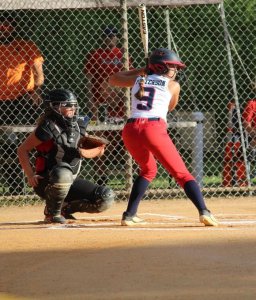 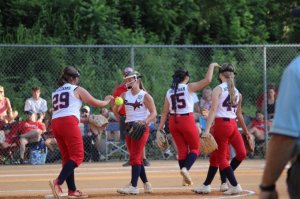 MOCKSVILLE — Down 3-0 after four innings at Rich Park and with zero hits in the scorebook against starting pitcher Darren Shore, things didn’t look great for  the Rowan County American Legion on Wednedsay.

Casey Crawford started on the mound for Rowan and made it into the fourth inning.

Winner Drew Burton took over from there. Cole Johnson got the final two outs for a save after Burton ran into trouble in the seventh.

Parker Aderhold did most of the damage early as Mocksville went in front 3-0.

Rowan’s first hit against Shore was Aiden Schenck’s two-run single in the fifth that cut Mocksville’s lead to 3-2.

Rowan scored five runs in the top of the seventh with the help of five walks.

Jackson Deal was hit by a pitch with the bases loaded for the run that made it 3-all. Blake Hill’s two-run double broke the tie. Rowan added two insurance runs that loomed large in the bottom of the seventh when Mocksville scored twice.

Rowan had only four hits and made three errors, but found a way to win another one.

It was ugly, but the bottom line was Rowan County  stayed unbeaten  in the Southern Division of  Area III.

Rowan used five pitchers, with starter Alex Hagler taking the game into the fourth. Nate Green was credited with the win. Aiden Schenck and Luke Graham got some big outs. Cole Johnson was on the mound when Post 8 made the final out of the game on the bases.

Rowan did a good job offensively, mostly by taking advantage of errors and walks. Eight players had hits.

Davidson got an early two-run double from Tyler Shytle and led 4-0 after two innings, but things fell apart for the home team in the top of the third. Rowan sent 13 men to the plate thanks to four Davidson errors. Rowan received two walks in that inning with the bases loaded.

Zander Burton had a two-run double as Rowan batted around again in a five-run fifth. It was 15-5 at that point, but Davidson continued to swing the bats, right up until the final out.

Bo Tiller hit a solo homer for Post 8 in the third.

Kannapolis (11-2) got two hits each from Ty Hubbard, Jack McGowan and Connor Welker.

He received a call from Catawba quarterbacks coach Jake Medlock on June 16 and flew to Salisbury to meet with Catawba coaches on June 17. He spent several hours on campus with Medlock and head coach  Curtis Walker and committed to Catawba on  June 18.

Jacobs is expected to arrive the week of July 6 to join his new team.

West Rowan rising junior Emma Clarke has been named the 3A Softball Player of the Year for Region 6.

Elected in 2020, Salisbury resident Gus Andrews was inducted into the Fike High School (Wilson) Hall of Fame in COVID-delayed ceremonies earlier this year.

Andrews already had been inducted into the inaugural Tarboro Hall of Fame and the George Whitfield Hall of Fame (Eastern NC).

A high school star at Tarboro High, Andrews was a kicker, linebacker and fullback on championship football teams at N.C. State.

At Fike, Andrews was an assistant coach on legendary teams that won three consecutive state titles in the late 1960s.

He was the head coach for successful Fike teams in the 1980s before becoming the football head coach at Salisbury High. Andrews had more football success with the Hornets and started the swim program at the school and coached a state title in that sport.

This is Lyerly’s first All-America honor. He is the only one from the Southern Conference on the list.

Lyerly most recently was named to the Division I PING All-East Region Team, as announced by the Golf Coaches Association of America.  This was his second All-East Region accolade. He earned his first in 2019.

The 2022 SoCon Men’s Golfer of the Year, Lyerly concluded the season with his third NCAA Regional appearance in Palm Beach Gardens, Florida. He tied for 15th overall.

Lyerly will be in action Friday at Warrior as match play begins in the Rowan Masters.

Bryson Sprinkle of Rockwell aced the No. 12 hole, playing 189 yards from the blue tee.

He was playing with Andy Lombard, Justin Overcash and Bryan Reynolds as part of the McCanless Men’s Association.

It was the second career ace for Sprinkle and came on the same hole with the same front pin location.

• On Monday, Bonnie Showfety of Salisbury aced the No. 3 hole, 105 yards from the red tee.

She was playing with her father and swing coach Kevin Showfety.

Bonnie’s dad introduced her to the game at age 5, and 16 years of practice led to the perfect shot.

He hit a pitching wedge from the red tee while playing in the Tuesday Scramble.

Helms’ ace helped his group make a comeback. They won the back nine for the day with a score of 10-under.

Helms, who also won closest to the pin on No. 12, was playing with  Bill McKinney, Bill Linch, Byron Sheesely, and Don Gheen.

The first-place team was  Richard Long and Jim & Nancy Denemy.

Super Senior winner was John Daniels with a net of 62.15.

The cutline to advance to match play fell at 2-over 74.

LEXINGTON — Davidson County stayed unbeaten with a 2-0 and 6-2 sweep of Rowan County on  Tuesday at Central Davidson High.

Salem Ward, a UNC Greensboro recruit, pitched  a no-hitter in the first game, striking out four and walking one. Lonna Addison took the loss.

In the second game, Riley Potts did the pitching for Davidson (6-0).

Rowan’s 12U team won the District 2 tournament with a 20-0 romp on Tuesday and advanced to the state tournament.

The team is coached by Donnell Poole, Steve Yang and Jeff Bernhardt.

The first state game will be at Salisbury Community Park on July 2 at 11 a.m.

Pfeiffer Summer soccer camp is back. Go to www.tonyfaticonisocceracademy.com to register.

The first Veterans Adaptive Pickleball Clinic is set for Friday from 12-2:30 p.m. at Hurley YMCA.