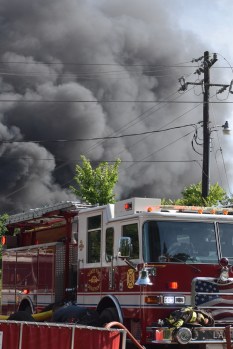 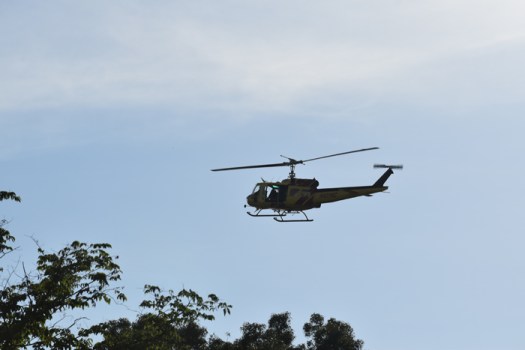 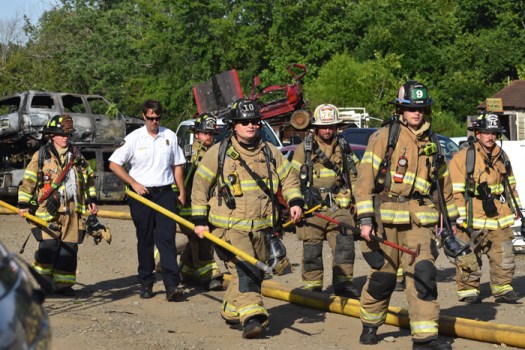 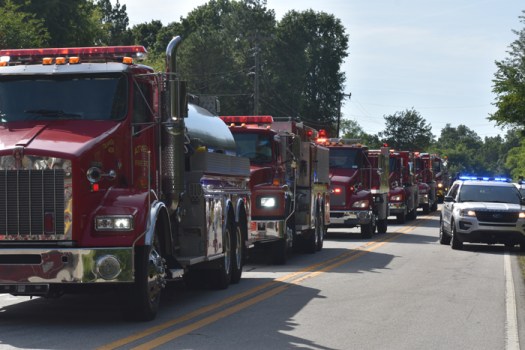 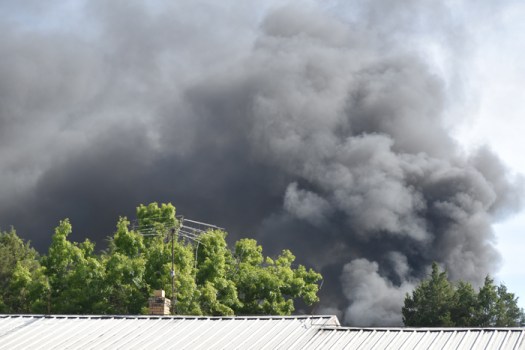 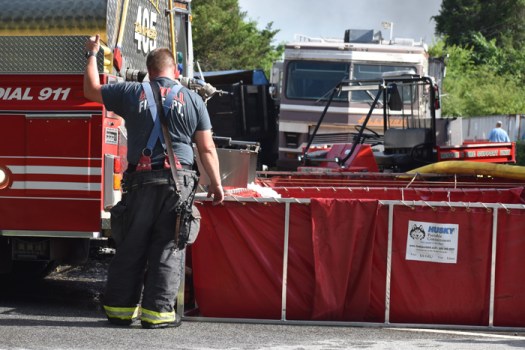 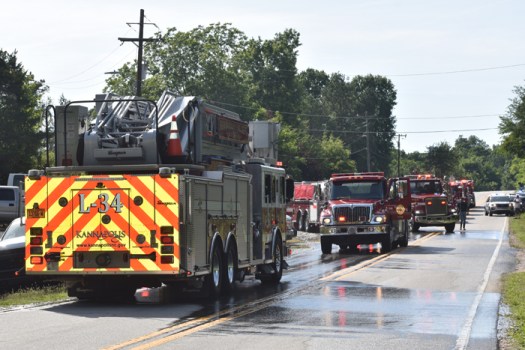 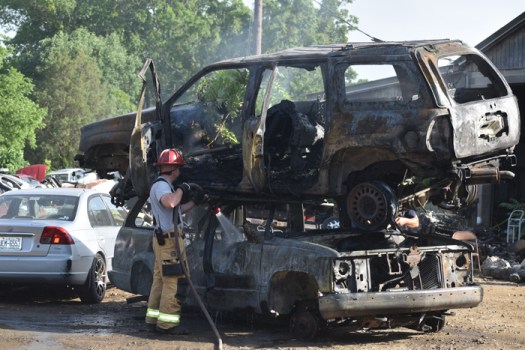 CHINA GROVE — As many as 150 firefighters from about 20 different departments came to the aid of C&D Salvage shop on Lentz Road in China Grove Tuesday afternoon when a fire broke out in the back of the business.

The fire was immediately deemed a hazardous material scene because of the oil and gasoline in many of the vehicles on site, and Salisbury Fire Department’s Hazardous Material team was on scene almost from the start.

The first call came in about 4:30 p.m., according to fire officials, and almost immediately, calls for mutual aid began to come in because there is not a hydrant anywhere within range of the business. Fire trucks with tanks responded from all over the area, filling their tanks, returning the site, pouring full tanks into a holding pool, then heading out again to refill.

“I believe we’ve probably got close to 150 firefighters, and that’s responding either to location, back filling locations within the county or supplying other resources,” said Allen Cress of Rowan County Emergency Services.

Apparently only one fire truck could get back to the actual area of the fire because of space constraints, so hoses were connected and a truck out by the pool relayed the water to the truck in back.

Estimates on the number of cars that had already burned varied from 50 to as many as 100.

Owners Scott and Cheryl Cook were at the business when the fire started, and managed, according to Cheryl, to get everyone either “off the property or out of harm’s way.”

She said the business has been in place for at least 40 years at this location, and “we’ve never had anything like this happen before.” She credited employee Red Frizzell with “being out there in the back with the firefighters, helping move cars out away from the fire. He’s our hero.”

Justin Correll has lived just across the road from C&D for six years, and agreed that nothing like this has happened while he has lived there.

“They’re good neighbors,” he said of the Cooks. Correll was just arriving home from work when he saw the smoke and the first fire trucks began to arrive. He and a few other bystanders noted they had heard several explosions at the start of the fire.

Heavy smoke poured from burning cars and tires, among other debris, until about 6:15 p.m., when the smoke had primarily cleared. But officials said the fire was not yet out, and they had called in a helicopter from the state’s forestry division to try and douse the remaining fire from above. A fresh crew of firefighters were coming through to the back of the property just before 6:30 p.m. as others were coming out, drenched.

Fire marshal investigators said they wouldn’t begin to try to determine the cause of fire until it was extinguished, and though there was some speculation about how it started, nothing official has been released.

A Google Earth view of the property shows how much acreage is covered by salvage vehicles. Fortunately the fire was contained to one section.