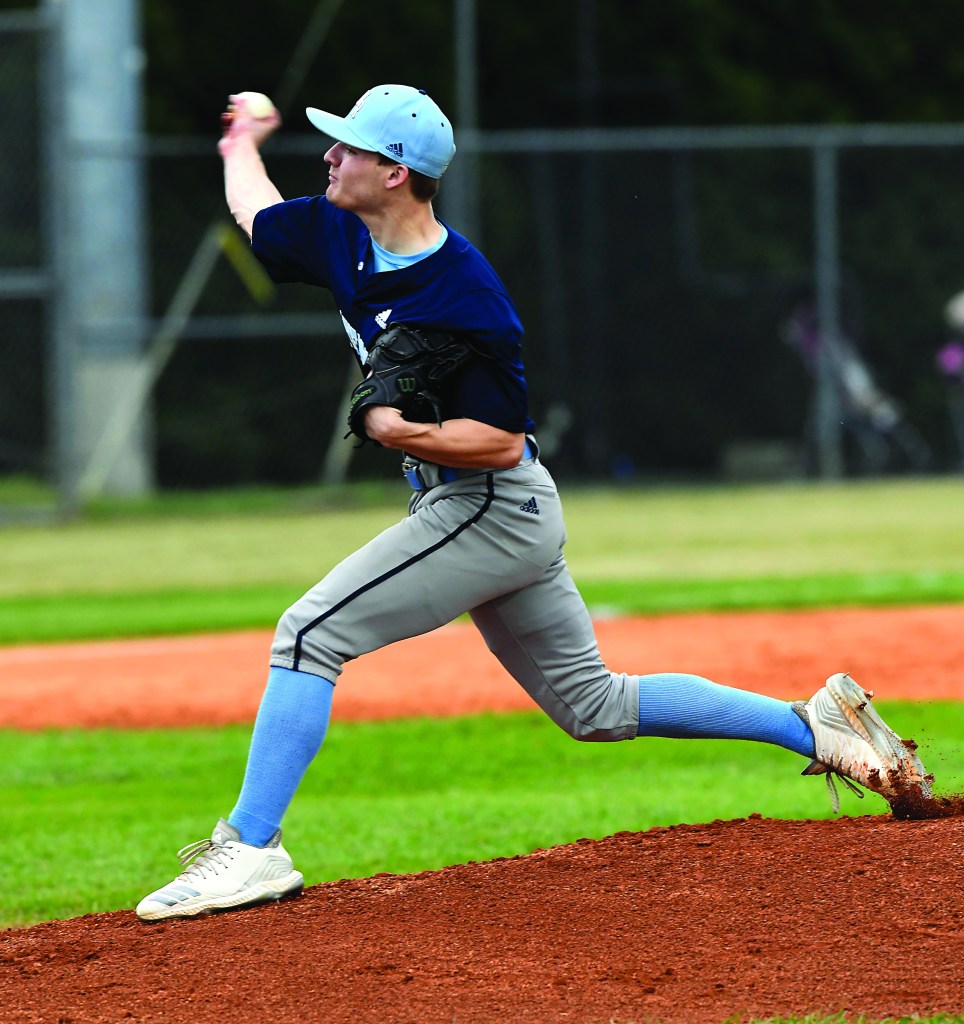 Concord put two runners on base in the first and second innings in the divisional game, but couldn’t break through against Blevins, a Pfeiffer recruit with a wide assortment of pitches.

Blevins (3-1) sailed through the third, fourth, fifth and sixth. He struck out the side in the sixth to finish with five strikeouts. He allowed five hits.

Alex Hagler wrapped things up with a scoreless seventh.

Rowan (15-6, 3-0) generated all the offense it needed in the second inning when it strung together five hits and scored five runs. Graham, Cole Johnson and Aiden Schenck produced run-scoring singles. Matthew Connolly hit a sacrifice fly. Zander Burton raced home as part of a double steal.

Rowan added three runs in the sixth, with all three crossing the plate on wild pitches.

Rowan’s first two shutouts of the season have come in back-to-back games.

Rowan got this one done in under two hours.

It was a reasonably competitive game — 6-0 — before Rowan County scored six times in the sixth and put up seven more in the seventh  to make it a romp.