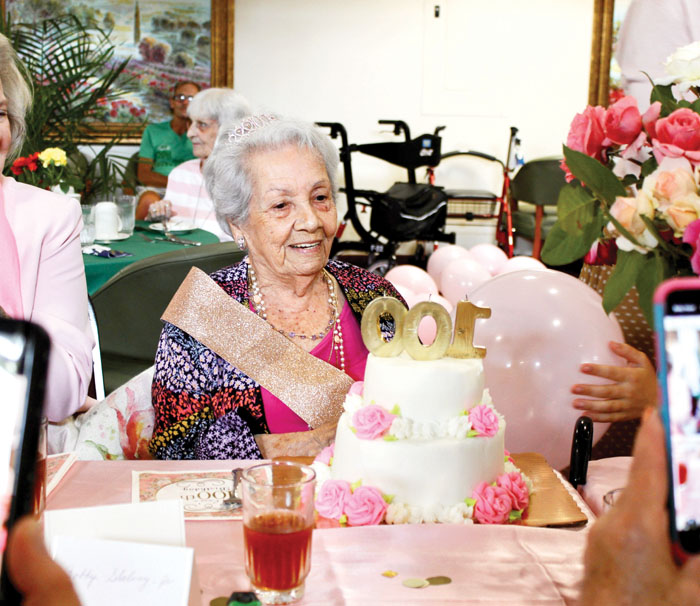 —  Cora Kirkman, at a surprise birthday party thrown for her at Oak Park Retirement

“I don’t want her to have died in vain. I so hope even just one young person can see themselves in her story and recognize they need to get out.”

— Tiffany Wah, sister-in-law of Aimee Wah, who was killed earlier this month in Spencer

“Nobody knows where the end is. There is no history for a situation like the one we’re in right now. None.”

“We will make absolutely sure it never happens again.”

— Phil Smyre, director of the Historic Salisbury National Cemetery after miscommunication led to flags not going up for Memorial Day

“You could always listen to Howard no matter what the score was or who Rowan County was playing. He was just so good at calling a game.”

“No child should have to go through that fear of being shot just because they went to school. I grew up with that fear and I believe no other kid deserves it.”

— 16-year-old student, speaking at   Salisbury’s March For Our Lives protest

“He’s a machine, a running machine. But as great a runner as he is, he’s always team-first.”

“I think we would hope it wouldn’t be adopted. We’re certainly trying to address the county’s concerns with it and work with the county as economic development speeds up in Salisbury and Rowan County.”

“If the Yadkin River had not flooded when it did, we may all still be British.”