Kannapolis community comes together to pray for law enforcement officers 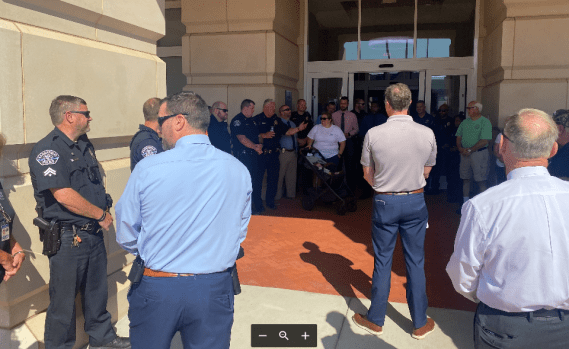 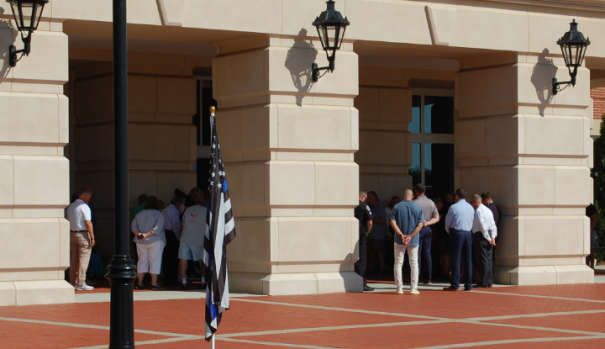 KANNAPOLIS — Residents and law enforcement officers of Kannapolis and the surrounding region came together in front of city hall on Friday morning.

A crowd that swelled to several dozen visitors by 9:30 a.m. was there to commemorate the law enforcement community and the officers in Kannapolis in particular.

Speakers included several local pastors and religious leaders from around the area who offered prayer and words of support for the men and women in law enforcement.

Visitors were also invited to speak up and offer their own input and perspective on the appreciation they have for law enforcement officers as well as any prayers they would want to contribute.

Vicki Graham, who helped organize the local event which has been celebrated nationally since 2011, spoke about having “millions of heroes” instead of one or two, referring to all of the people who serve in these positions.

Other speakers included Kannapolis officers who encouraged everyone in the crowd and the community as a whole to “pray for us” and a local pastor who reflected on the “numerous officers leaving the force” because of the pressure and stress they encountered on the job.

The event concluded with several different prayers and a sense of unity among the crowd as they vowed to look for ways to keep these individuals in the law enforcement community in their thoughts and prayers moving forward.